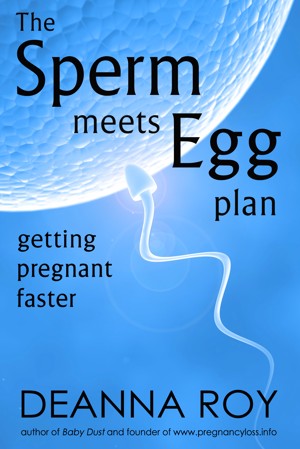 Designed by Deanna Roy after months of trying made her believe she had a fertility problem, the plan will help you time intercourse whether you have a typical or atypical cycle. It includes adjustments for common fertility problems, what to do if you are over forty, and considerations for trying again after a pregnancy loss.

This booklet includes 40 pages of instruction plus a 10-page sneak peek of Deanna's book Baby Dust. It should be a free download.

This booklet is a THANK YOU to all the women who have supported Deanna's web site since the loss of her first baby in 1998.
Download: epub mobi (Kindle) pdf more Online Reader
rtf lrf pdb txt
Price: Free! USD
Add to Library
Create Widget
Tags: pregnancy infertility free books fertility womens health ovulation trying to get pregnant
About Deanna Roy

Deanna Roy is a writer and photographer in Austin, Texas.

Her short stories have appeared in several literary magazines, including 34th Parallel, Farfelu, and The First Line. Her writing credits are lengthy due to her background in journalism and freelance, but one of her favorite articles is a humorous piece about skydiving, published by The Writer in March 2009.

After suffering her first miscarriage, Deanna began the web site PregnancyLoss.info. The pages get over one million unique visitors a year, although it is her fondest wish that no one would ever need to come at all.

In October 2011, her novel Baby Dust will be released out into the world! You can also find her Facebook memorial page for babies lost to miscarriage or stillbirth on Facebook (A Place for Our Angels.)

Reviews of The Sperm Meets Egg Plan: Getting Pregnant Faster by Deanna Roy

You have subscribed to alerts for Deanna Roy.

You have been added to Deanna Roy's favorite list.

You can also sign-up to receive email notifications whenever Deanna Roy releases a new book.