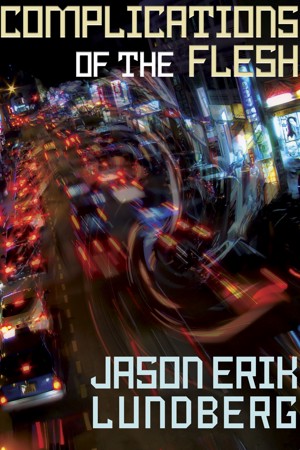 Complications of the Flesh

An American drug-runner in Southeast Asia discovers the surreal consequences of going against his gangland boss. This short story first appeared in the science fiction and fantasy magazine Bull Spec in Spring 2012. More
In the Southeast Asian island nation of Tinhau, drug-running is a hanging offense. But the life is just too good for an American washout who would be in prison or dead if not for the intercession of a gangland kingpin called Moz, and his beautiful Indian girlfriend Savita. When the American is caught in an affair with Savita, the consequences become dangerously surreal, and echo into a metaphoric realm short on answers but heavy in meaning.

Jason Erik Lundberg was born in New York, grew up in North Carolina, and has lived in Singapore since 2007. He is the author and anthologist of over twenty books, including Red Dot Irreal (2011), The Alchemy of Happiness (2012), Fish Eats Lion (2012), Strange Mammals (2013), Embracing the Strange (2013), the six-book Bo Bo and Cha Cha children’s picture book series (2012–2015), Carol the Coral (2016), and the biennial Best New Singaporean Short Stories anthology series (2013–2017). He is also the fiction editor at Epigram Books (where the books he’s edited have been shortlisted for and won the Singapore Literature Prize and Singapore Book Awards, and made multiple year’s best lists since 2012), as well as the founding editor of LONTAR: The Journal of Southeast Asian Speculative Fiction (est. 2012), and a recipient of the Creation Grant from Singapore’s National Arts Council. His writing has been anthologized widely, shortlisted for multiple awards, and honourably mentioned twice in The Year’s Best Fantasy and Horror.

Reviews of Complications of the Flesh by Jason Erik Lundberg

You have subscribed to Smashwords Alerts new release notifications for Jason Erik Lundberg.

You have been added to Jason Erik Lundberg's favorite list.

You can also sign-up to receive email notifications whenever Jason Erik Lundberg releases a new book.