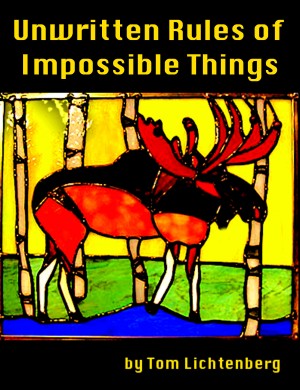 By Tom Lichtenberg
Rated 4.33/5 based on 3 reviews
What if someone - or something - stole one of your days? Just one, and you didn't know why, or what they had done with your life in that time? Young Philip Galvez and his friend Marcus Holmes found out for themselves when they decided to discover why there was a giant stuffed moose in a house down the road.
Download: epub mobi (Kindle) pdf more Online Reader
rtf lrf pdb txt
Price: Free! USD
Add to Library
Create Widget
Tags: urban fantasy adventure science fiction aliens weird weird fiction body snatchers unwritten rules impossible things comic science fiction
About Tom Lichtenberg 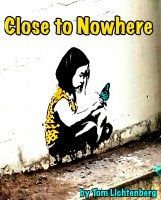 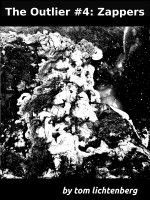 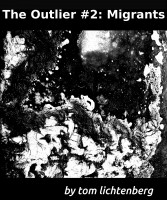 The title and intro are accurate introductions to the story, the cover picture, not so much. The Author might consider borrowing part of this CC picture https://en.wikipedia.org/wiki/Greater_kudu#mediaviewer/File:Male_greater_kudu.jpg for the cover.

It is strange story, that all sticks together well. Well thought out and executed.

Yet another Tom Lichtenberg bizarretude!

"Unwritten Rules of Impossible Things" is deliberately written breezily, even incoherently. Since Tom appears to have been set on writing something that could only make sense to him, he must have decided to set aside coherence fairly early in the game. The narrative breaks most of the rules for effective fiction written in the third person, yet remains oddly, charmingly involving throughout.

There are a couple of errors: one or two missing words, one or two extra ones. Well, nobody's perfect. But the story is a chuckler / headscratcher hybrid, the sort of thing one finishes and says, "Well that was fun...but what the hell was it about?"