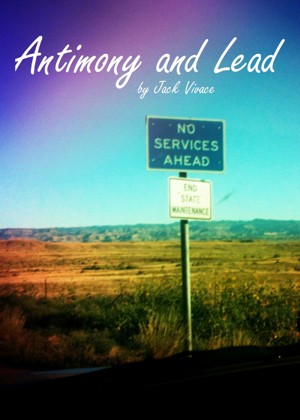 By Jack Vivace
Rated 4.00/5 based on 1 review
It's 2013 and the world ended weeks ago. Lacey's world just ended, though - she's been cast out of the safe bunker she called home with her husband and sister-wives. Now she's got to figure out where she should go and who she can trust to stay alive in post-apocalyptic Utah.
Download: epub mobi (Kindle) pdf more Online Reader
rtf lrf pdb txt
Price: Free! USD
Add to Library
Create Widget
Tags: family violence mormon post apocalyptic roadtrip
About Jack Vivace

Jack works in numbers by day and letters by night. 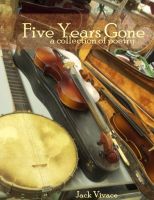 Reviews of Antimony and Lead by Jack Vivace

This is nicely written, and free of technical flaws, but the characterization of Lacey, the most important part of the story, doesn't come off. I would say that the meat of the problem lies in this:

“I can’t stay here anymore, Janie.”
“But- the quarantine. We have to.”
“They can’t stop us if we just drive.”
“I’ve never been further than Provo, Lacey. Where would we go?”
“Someplace nobody knows us. I want to see who I am when no one else is around. I think I met
her in the desert. I think I liked her.”

Your main character, who is also the narrator, is announcing a change in herself. That's not forbidden, but there wasn't enough build-up to it. A young woman who went through what Lacey did should have reflected over it internally to a greater degree than you allowed her. Another way of putting it would be to say that you favored the external action of the story somewhat too greatly over the internal development of your main character.

However, I have to give you big points for a smooth style and capable handling of an unusual setting for a post-apocalyptic story. That subgenre of SF is pretty badly glutted, and the stories tend to resemble one another far too strongly. Yours doesn't have that problem.

A suggestion: Find a copy of Harlan Ellison's old "Dangerous Visious" anthology and read Henry Slesar's story "Ersatz." I promise you'll get a chill out of it, at the very least!

You have subscribed to alerts for Jack Vivace.

You have been added to Jack Vivace's favorite list.

You can also sign-up to receive email notifications whenever Jack Vivace releases a new book.