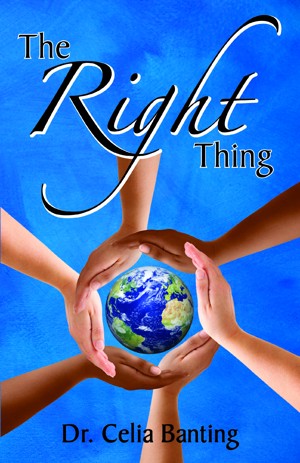 By Celia Banting
This is a true account of a four-month period in Dr. Banting’s life, where she was faced with a life or death choice after lodging with strangers she “met” on the Internet. Dr. Banting highlights the plight of the forgotten who suffer silently in homes that could be in your neighborhood. More
How often do we have to face making a choice to do the morally right thing? After accepting lodgings with strangers, Dr. Banting discovered that things behind closed doors were not as they appeared from the leafy, middleclass neighborhood avenues. It seemed an ideal situation, financial assistance for a daughter taking care of her mother who was suffering from Multiple Sclerosis, and someone to keep the poor lady company and give the daughter respite. Yet within days of arriving in America, it was vividly apparent that something very sinister and dangerous was occurring between mother and daughter, and Dr. Banting found herself caught in the middle, trying to help both.
Being a psychologist, Dr. Banting is brutally honest about her motives, fears and dilemmas, and reveals the pathology that was festering in the home upon her arrival but intensified into open hatred and violence as the dynamics in the house changed. The Right Thing is a harrowing and compulsive read, where the reader will understand how such abuse can continue and go undetected in a civilized society, and as Dr. Banting reveals her innermost thoughts and feelings, and psychological knowledge, the reader will embark upon a personal journey of their own.

My career has always been around helping children and I began by training to become a Registered Nurse on the Isle of Wight, UK. My second love is psychology and understanding what makes people tick and I was very fortunate to gain a place at the University of Portsmouth in 1992 to study psychology. At the same time I started a clinical course at Wealdon College to train as a psychotherapist. I went on to achieve a Masters degree in Applied Social Science (social work) and then gained a PhD studying teenage suicide and developing a risk assessment tool. I finished my psychotherapy training at Metanoia in London in 2003.

I have worked with young people in a variety of positions, those in a young offender institute (JDC to Americans) and I was "Matron" running the school hospital at Blundell's, a four-hundred year old boarding school, where I also taught psychology to the sixth formers. I have worked in schools to help teenagers avoid being expelled, then as a probation officer, and I currently work in a behavioural health care hospital, helping suicidal teenagers and those with depression and behavioural problems.

I absolutely love teenagers and their zest for living, and it hurts me when I see teenagers weighed down with problems so that they don't feel that zest and excitement for life. I felt I had to do something to help and that's why I wrote the series of therapeutic novels to help them cope with their problems and so avoid suicide.

You have subscribed to alerts for Celia Banting.

You have been added to Celia Banting's favorite list.

You can also sign-up to receive email notifications whenever Celia Banting releases a new book.