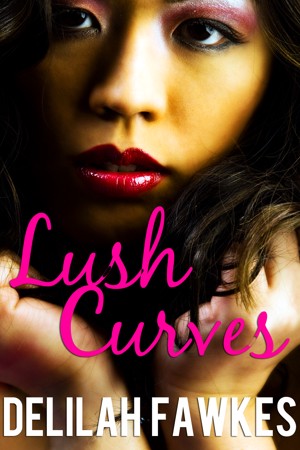 Rated 4.75/5 based on 4 reviews
Aolani Kahale has always had big dreams, putting everything on the line when she moved from Hawaii to the mainland in hopes of opening her own photography studio.

Aolani Kahale has always had big dreams, putting everything on the line when she moved from Hawaii to the mainland in hopes of opening her own photography studio.

When the firm she works for takes on a photo shoot for a mysterious Scotsman's yacht company, she hopes she'll get the big break she needs. However, CEO Gavin Fletcher doesn't want her behind the camera. He wants her to be his new model--the face and body of his "Live Beautifully" campaign.

Aolani's always been shy about her curves, but the job offer is one she can't resist, including travel through the Carribean on Gavin's private yacht. When sparks fly between them, they both struggle to remain professional, not wanting to screw up a good business relationship and put both of their dreams in jeopardy.

Will she and Gavin be able to keep their hands to themselves, or will a night trapped together on his yacht change their lives forever?

This 8500 word story is the first part of the LUSH CURVES series, by bestselling romance author, Delilah Fawkes.

She's known for sizzling romances with red hot alpha males you'll fall in love with and strong women who capture their hearts. If you like your romance gripping, fast-paced, and dripping with sinful love scenes, you've got to check out what Delilah has to offer.

I would also recommend Lush Curves to anyone who enjoyed the excellent The Billionaire’s Beck and Call series.

Upon its first few pages, it echoes the same kind of formula, though it oddly opens to just where we want it to be. The stage is set rather than portraying a back story or introducing our characters fully. We're thrust into the limelight with our bum in the air and a playboy Scotsman intently checking us out from behind, Delilah's short story nature showing itself. This leaves the first few snippets devoid of any real build because we don't yet know Aolani or her admirer, Gavin.

This makes Delilah's words feel nervous, though she wants to please, eager at bat and hoping to hit gold. It's readable in her style. At first each perspective reads similarly, flowery Aolani being woefully close to the Scot's high-spoken brogue in thought. For readers unaccustomed to the perspective switch style of writing it can be jarring to be switched so often, but it begins to work better a few pages in.

When Delilah relaxes you can feel it settling into the words and setting the mood. As she slips into something she's a little more comfortable with, conversation, Aolani and Gavin start hitting it off. Maybe a little too well.

There's a touch here, a fragrance there. Aolani longs and though still a bit flowery, Gavin handsomely craves. He broods, she gives off charming, real reactions amidst researched culture and colloquial hints to speech patterns.

A few pages is all it takes for Delilah Fawkes to catch where she wants to go. After a few stumbling, quick switches back and forth she sticks with Aolani and builds, builds, builds before crushing our hopes and swapping back to Gavin who does the same.

Aolani starts to read as sensible, cute and downright real, her passages throwing us forward into what can only be a tumultuous storm. Fawkes' well placed swaps land us a step forward with Gavin, daring to defy the storm, to defy what his position should say of him. The purple prose falls away and he starts to read grittier, dirtier, quicker and to the point. Maybe it's the tension talking or maybe, at this point, Delilah falls in line with his character.

Lush Curves on the outside proves that Delilah Fawkes is versatile, she can take anything and put a piece of herself into it to create something different. On the inside, it's a delightful prologue to what I hope will be a rollercoaster of a ride. If anything, Delilah's learned how to turn on the tease, how to push you to the edge and yank you back. She knows how to make you want it, even if you don't know what it is.

The perspective flip gave insight into both parties minds while keeping the personal feel of the first-person. It was a methodology of writing that isn't used often enough cleanly, and was quit ingenious.

While a bit light on the sex, Lush Curves is very heavy on the foreplay, in the best kind of way. With the characters and story I've seen so far, I can only look forward to part 2!

If you liked "The Billionaire's Beck and Call," definitely give this a shot for a interesting twist in the billionaire genre!

You have subscribed to alerts for Delilah Fawkes.

You have been added to Delilah Fawkes's favorite list.

You can also sign-up to receive email notifications whenever Delilah Fawkes releases a new book.