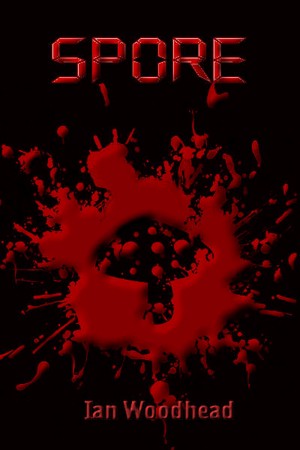 Rated 4.58/5 based on 24 reviews
Everybody over the age of forty is dying of a fungal disease, the older generation will soon be no more. Not everyone thinks this is a tragedy.
Alistair's Mother is an inhuman, brutal monster. Now Mother, like the others is infected and he revells in her pain and suffering, pennance for the years of abuse at her hands. But Mother is not like the others, she isn't ready to die.
Available ebook formats: epub mobi pdf rtf lrf pdb txt html
Price: $0.99 USD
Buy Add to Library Give as a Gift
How gifting works
Create Widget
Tags: horror scifi science fiction disease horror fiction short story apocalypse apocalyptic fiction end of the world end times world war iii conspiracy theory secret societies ufo infected horror anthology short story stories scifi horror horror suspense
About Ian Woodhead

Ian Woodhead is just past the age of forty. He lives in the north of England and is married to a wonderful woman. He has forgotten how many children he has. He had been writing for nearly twenty years but has only just gained the confidence to start showing his work. Ian finds it a little creepy writing about himself in the third person. 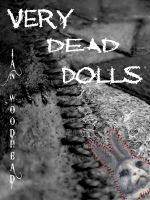 Reviews of Spore by Ian Woodhead

The mistake I made about Spore was to envisage it as a full-length novel when in fact it is a short story released as a standalone title, so in that respect we might consider it as a digital pamphlet.

Well, it’s all part of the cultural learning curve from established print publishing norms (an industry that, historically speaking, cut its teeth on the pamphlet and serialised forms), and an observation that has no direct bearing on this review except insofar of the ending.

No, no spoilers – if you want to know what happens, read it for yourself – but because I had perceived it as a novel it no doubt goes some way to explain why I felt it ended so abruptly. By the time I had gorged myself on its succulent two chapters it was over and I hadn’t had my fill by a long way. That doesn’t mean the ending was poor fare – it wasn’t – but that there is so much more potential to this story.

Said ending is pregnant with possibility, it leaves the reader wondering what happened next, which is often the sign of a good end. There is no sense of indifference, no sigh of relief, but a desperate cry for more! It speaks of a story that has gripped the reader right from the start, just as Spore does: it pulls you in and keeps you thoroughly entertained.

Woodhead has presented a finely-crafted horror story here, threaded with suitably dark humour that nevertheless refrains from ruining the macabre by over-stepping into comic territory. You’ll be horrified at Spore – for all the right reasons.

creepy, just my kind of book

Another really enjoyable read by a great author.

Thought the story was well planned and well written. Transition was smooth, story line was great, all and all I think this story deserves the credit it has been getting. Thanks for the free read!

Plenty of ick in this one. Good story, albeit a little on the short side.

I read this one after "Lumps." I don't know which one you wrote first but the editing in this one was far better.

(review of free book)
Helen J reviewed on Nov. 27, 2010
(no rating)
I loved this short story.... just up my street.
What happens next? IS there a next?
You a great style of writing, will look forward to reading more of your work. Thanks.

This was a really gruesome story with a great and quirky ending. I would recommend this to any fan of the short horror story.

You have subscribed to Smashwords Alerts new release notifications for Ian Woodhead.

You have been added to Ian Woodhead's favorite list.

You can also sign-up to receive email notifications whenever Ian Woodhead releases a new book.