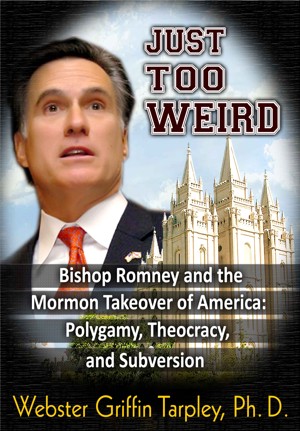 The contemporary philosopher of history Webster Griffin Tarpley became widely known for his best-selling George Bush: The Unauthorized Biography (1992), the first book to detail the role of the Bush dynasty in supporting the Nazis.
Tarpley graduated from Princeton in 1966 with an AB degree summa cum laude and Phi Beta Kappa, followed by a Fulbright Scholarship at the University of Turin, Italy. He received his MA in humanities from Skidmore College in 1999; and a Ph.D. with a dissertation on Paolo Sarpi, His Networks, Venice, and the Coming of the Thirty Years' War.
A veteran adversary of international terrorism, he directed the 1978 study commissioned by a former member of the Italian government entitled Chi ha ucciso Aldo Moro? (Who Killed Aldo Moro?), which accused NATO intelligence.
He was among the earliest to denounce the Obama coup of 2008, publishing Obama: The Postmodern Coup (April 2008) and Barack H. Obama: The Unauthorized Biography (August 2008).

Four years ago Webster G Tarpley wrote two books about Barak H. Obama candidate for President of the United States. At the time citizens of Planet Earth were ready for anyone new to undo the damage done by the eight years of G.W.Bush. Tarpley's words of wisdom about the yet to be elected Obama took some time to sink in. Here we go again... I urge every reader to research this easy-to-read book. Don't take Tarpley's word for anything; research the comprehensive history of Mitt Romney's family and faith. This is an eye-opener. It is an international tragedy that "the free world" has only a choice for leader based on the lesser of two evils. Jesse Venture and Webster Tarpley
would make decent leaders with policies to end the current quagmire.

This book should be read by all. Very compelling.

(reviewed 22 days after purchase)
Christine Erikson reviewed on Nov. 2, 2012
(no rating)
excellent! even has all kinds of odd corners of history i didn't know about!

You have subscribed to alerts for Webster Griffin Tarpley.

You have been added to Webster Griffin Tarpley's favorite list.

You can also sign-up to receive email notifications whenever Webster Griffin Tarpley releases a new book.