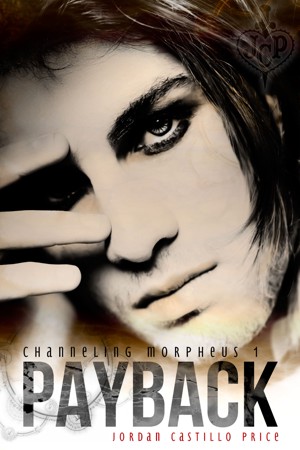 The hunt is on. No one believes Michael Davies when he claims vampires exist. If so, why did his best friend turn up dead, covered in bloody bites? Since no one will help Michael, he's determined to settle the score himself, catching a vamp by posing as prey. He's closing in on a deadly vampire named Gray...if only this Wild Bill character would leave the two of them alone.
(Explicit gay content) More
The hunt is on.

Pretty young men and women like Michael's best friend, Scary Mary, are disappearing from underground goth clubs all over Detroit. For over two years, Michael has been scouring the midwest for buried newspaper articles and obscure medical reports, and now he's finally pinpointed the source of the problem. Too bad he can't exactly go to the cops and tell them his friend was murdered by vampires. Since it's his duty to start wiping out the scourge, he's posing as bait—and he's got a bag of sharpened hickory stakes to do the job.

Everything should go smoothly, given the amount of preparation that Michael has put into the hunt. He's got a practiced repertoire of come-hither eyeliner looks and a full blister-pack of the date rape drug Rohypnol. But he didn't count on Wild Bill showing up.

Wild Bill is a vision in spiked hair and scuffed black leather—exactly the type of guy Michael would have fallen for…if he'd ever had the chance. Unfortunately, with a vampire in his sights, Michael has no time for an actual date. Despite his best efforts, it seems there's nothing Michael can do to shake Bill loose. Looks like they're in for a wild, wild ride.
(Novelette - Explicit Gay Content)

Author and artist Jordan Castillo Price writes paranormal sci-fi thrillers colored by her time in the Midwest, from inner city Chicago, to various cities across southern Wisconsin. She’s settled in a 1910 Cape Cod near Lake Michigan with tons of character and a plethora of bizarre spiders. Any disembodied noises, she’s decided, will be blamed on the ice maker.

Jordan is best known as the author of the PsyCop series, an unfolding tale of paranormal mystery and suspense starring Victor Bayne, a gay medium who's plagued by ghostly visitations.

You have subscribed to alerts for Jordan Castillo Price.

You have been added to Jordan Castillo Price's favorite list.

You can also sign-up to receive email notifications whenever Jordan Castillo Price releases a new book.