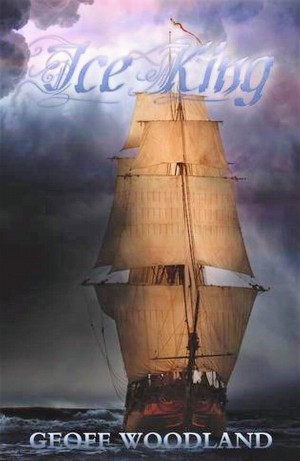 By Geoff Woodland
William King, son of a Liverpool slave trader, sickened by what he experienced aboard a Spanish slaver, was one of the few who spoke out against the Slave Trade.
This epic has generational change, moral wickedness, greed, romance and the fortunes of war woven through the lives of King & Son, Liverpool traders.
Father and son are caught up in the turmoil that preceded the British Trade Act of 1807
Available ebook formats: epub mobi pdf lrf pdb txt html
First 25% Sample: epub mobi (Kindle) lrf more Online Reader
pdb
Price: $1.50 USD
Buy Add to Library Give as a Gift
How gifting works
Create Widget
Tags: slaves liverpool historical adventure 1800s sea story romance historical
About Geoff Woodland

Geoff was born near the end of the second world war in Birkenhead, Merseyside,(UK), three streets away from the River Mersey, and the sounds and scent of the sea stimulated his imagination from an early age. He gained a scholarship to ‘HMS Conway’ Nautical Training College, where he spent two years before graduating to go to sea as a cadet with British India Steam Navigation Ltd.

After securing his Second Mates Ticket, he sailed as Third Officer in an LST (landing ship tanks) to Borneo during the Indonesian confrontation in the mid 60′s, and later in cargo ships around the Far East, Australia & New Zealand before finally leaving the sea in 1969 to settle down and start a family with his lovely wife Maureen; eventually migrating to Australia in 1980 with his daughter and son.

Geoff worked in the international courier and express freight industry, before starting his own company in 1995. He sold the company seven years later so as to have time to write and enjoy his children and three grandchildren.

You have subscribed to alerts for Geoff Woodland.

You have been added to Geoff Woodland's favorite list.

You can also sign-up to receive email notifications whenever Geoff Woodland releases a new book.