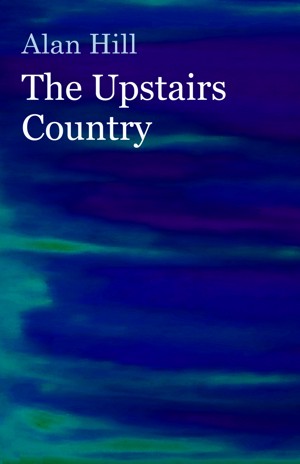 Alan Hill is a fresh new voice on Vancouver's poetry scene. Imaginative and dryly comic poems depicting the journey of a man who somehow arrived in early middle age and wondered: How on earth did I get here? This book won't disappoint. It is alive from beginning to end with captivating poetry. More
Alan Hill was born in the South West of England near the Welsh border. After leaving school at sixteen he travelled extensively and worked in jobs ranging from renovating old graveyards to working in a jellybean factory before getting his Masters degree in International Development from the University of Leeds in England. Having immigrated to Canada in 2005, he now lives in New Westminster British Columbia with his wife, two children and obsessively collected vinyl LP collection.

Alan originates from the English/Welsh borders and has travelled extensively and worked in jobs ranging from renovating old graveyards to working in a jellybean factory. He began writing while living and working in Botswana where he met his Canadian wife to be and he arrived in Canada in 2005.

"The Broken Word" is Alan Hill's second full collection of poetry. His first poetry collection "The Upstairs Country" has enjoyed national and international sales. His poetry has also appeared in Canada in “CV2”, “Canadian Literature”, “Vancouver Review”, “Antigonish Review”, “Quills”, “Sub-Terrain”, “Poetry is Dead”; in the UK in “South”, “The Wolf ”and “Turbulence”; and in the United States in “The Dallas Review” and in a number of international anthologies.

Alan is a Past Director on the Executive Board of the Federation of BC Writers, a member of The Royal City Literary Arts Society and features at many literary events in the Lower Mainland of BC.

You have subscribed to alerts for Alan Hill.

You have been added to Alan Hill's favorite list.

You can also sign-up to receive email notifications whenever Alan Hill releases a new book.