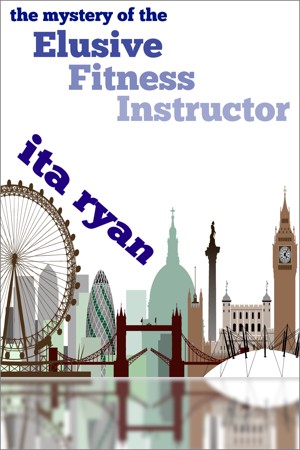 The Mystery of the Elusive Fitness Instructor

By Ita Ryan
Rated 4.33/5 based on 3 reviews
Worn out from investigating the murder of her boss, Cynthia Hegarty opens a detective agency in the City. But she gets more than she bargained for - a customer!

Join Cynthia as she investigates the mysterious non-appearance of a very fit fitness instructor.

I've always loved reading mysteries. It was probably inevitable that my first book would be a whodunnit. 'IT Can Be Dangerous' opens with a murder in a conventional London City office and explores what the startled body-discoverer did next.
I've been a computer programmer for years, so a programming office was the natural environment to set the book in.
I was born in Dublin. I've lived in Ireland for most of my adult life except for a year in Sydney (the one in Australia) and two years working in the City in London.
I've had my writing broadcast on Irish national radio station RTE1. At work, I specialise in C++ real-time software development and, more recently, .NET.
I have a degree in Politics and Philosophy and a First Class Masters in Applied Computing for Technologists.
I've taught both creative writing and computer courses.
There's a bit of a theme here....
In 'IT Can Be Dangerous' I got to blend writing and programming into my favourite genre - crime fiction. I put a lot of work into making the programming sections accessible though so don't be intimidated... if you're a mystery fan, this is the book for you!

Review
Wanda Hartzenberg reviewed on May 26, 2013

What a delightful tongue-in-the-cheek short story!
I enjoyed the writing style and sure will read what happened to Cynthia's boss! Thank you for acdeligtfull read!

A smart, funny engaging mystery with a great protagonist in Cynthia. Well written with great humour and style, leaves you wanting more and more from the private investigator heroine. Thoroughly enjoyed. If this is a sample of Ms Ryan's work I'd love to read a full novel with this heroine.

This was a nice little mystery, albeit containing a few mysteries that perhaps weren't intended. The protagonist, Cynthia, introduces herself as someone who used to be a computer programmer until her boss was murdered. As she was to be a witness at the trial, she decided to exploit her newly acquired skills and become a detective (!?) How does being a witness to a crime turn you from a computer programmer to a detective I wonder.

Later on she is given a phone number of a kick boxer but when she calls with a job offer, the man claims to know nothing about kickboxing or the company that referred him. The logical assumption would have been that she'd been given the wrong number. Yet this never even occurred to her and she continued investigating on the assumption that the number was correct. Hmm, the computer programming's looking good, Cynthia.

However, apart from those two fairly minor glitches, I found the story overall to be a fun read, and enjoyed the bits of humour sprinkled throughout.

Note for the author: The text contained some random font size changes. It could have been my reader - I was using Adobe Digital Editions to view the epub version on my computer.

You have subscribed to alerts for Ita Ryan.

You have been added to Ita Ryan's favorite list.

You can also sign-up to receive email notifications whenever Ita Ryan releases a new book.