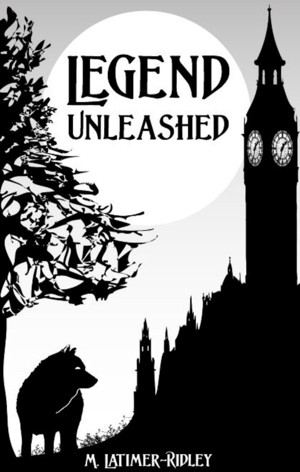 By M. Latimer-Ridley
Rated 4.50/5 based on 2 reviews
Temperance Levinthal is in danger. She’s been dragged in Alastair Byron’s deadly world. Before she met him, everything was normal. Now she’s fleeing from werewolves, fighting wizards and finding that some secrets are best left untold. More
When an infamous criminal is unleashed from his prison, it has consequences for everyone in Carwick. Temperance Levinthal in particular…

Temperance is satisfied with her ordinary life. Dealing with her eccentric, childlike parents is all the excitement she needs. That changes when Alastair Byron returns home.
After a failed matchmaking attempt by her father, sparks fly between her and Alastair-just not the good kind.
They are forced together though, when they are implicated in a grisly murder. Their search for the truth leads them to a secret world beneath Carwick, filled with werewolves, wizards and other magical faey.
However, uncovering the truth is far more dangerous than they’d ever imagined.
There are secrets within secrets.
Even Alastair may be more than he seems…
Download: epub mobi (Kindle) pdf more Online Reader
rtf lrf pdb txt
Price: Free! USD
Add to Library
Create Widget
Tags: urban fantasy adventure murder mystery wizards werewolves triangle secret world mystery action adventure romance triangle love story
About M. Latimer-Ridley

Latimer (Karen) and Ridley (Rachel) are two eccentric best friends with far too many obsessions and a frightening addiction to tea. When they aren't reading stories filled with magic, passion and adventure, they're writing them. A writing duo for the last nine years, they've always dreamed of sharing their imaginary worlds and quirky characters with others.
While they live in Ireland, they would love to spend their lives travelling the world. But for now, they can be found happily wandering the internet. 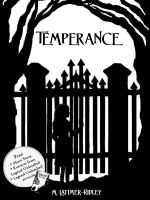 I really enjoyed reading this.

Pretty cover isn’t it? Wait until you read the story!

Tick Tock, Tick Tock. That’s all that Ted hears as he rushes through the deserted streets of Carwick, heading for the Town Hall, where his office is located. He must hurry.

Carwick is a small, quiet town. The kind where people don’t lock their doors. It’s Ted’s job to keep it that way.

He reaches the building and enters his tiny office. It’s more like a broom closet, but hidden in the floor is a stairway down. Down there. Down to a hidden city time has forgotten.

Ted enters the underground city and rushes through the dark streets. Tick Tock, he must reach the old grandfather clock. He can’t let it wind down.

He finally reaches the clock, but it’s stopped ticking. When he dares to opens its door, it’s empty.What was inside is now behind him, it’s hot breath moist on his neck. He couldn’t turn around. He doesn’t want to see what’s coming.

In the unsuspecting town of Carwick, Christmas is coming. Temperance works with her father Pratchett, decorating their bookstore. The Haven is always the first shop to do it.

Her father has gotten out the spider web decoration for Boris, a ghost spider. Temp thinks it’s a convenient story that he’s a ghost, as only her father can see him.

They banter back and forth as they decorate, her father mentioning that his friend Cyprian has a nephew coming to stay with him. Alastair is right around Temp’s age, a not so subtle hint.

“Anyway, I’ve put the mistletoe over the door in case he comes while you’re in the shop.” Pratchett wiggled his eyebrows at her.

“Sometimes I wonder what age you really are,” Temperance sighed.

Her parents are always meddling in her love life, or lack of it, and it adds humor to this story.

It’s almost time for her classes at the university so Temp heads out. When she arrives the doors are still locked so she settles on a bench to wait.

She’s soon joined by a tall, handsome man who introduces himself as Alastair. She quickly learns how he knows her. Her father’s been busy. He gave her picture to Cyprian to pass on to Alastair. She doesn’t want to know what might be written on it.

The doors to the school open and out steps Cyprian followed by an older man with a walking stick. They seem to be arguing and when the older man bangs his stick on the ground, something strange and unnatural happens. But Alastair denies noticing anything.

Soon after, the man leaves and Cyprian comes to join them. He invites Temp to dinner and an evening at his place. At first she’s tempted to refuse, but then she remembers it’s the night of winter solstice.

Her parents were having friends over for a winter solstice gathering. She didn’t think she could face another of her mother’s versions of a Wiccan party. It would be crowded with menopausal women dancing naked around plastic cauldrons on the hill behind their house.

She accepts the invitation, not knowing that life is about to take a dangerous turn. There are many strange things out and about in Carwick, some not human. After this night, people will huddle behind bolted doors in fear of the dark and what’s in it.

When I started reading Legend Unleashed, I was so engaged, I only stopped reading because my kindle battery died. Got to remember to charge it more often. When I resumed reading, I was held captive to the end. It’s not a long book, and with the mystery, humor and romance, not to mention the creatures, it’s very engaging and easy to follow.

If you like all of the above and reading about witchy, magical, and hairy things, you’ll enjoy Legend Unleashed. I sure did and can’t wait for more in this series.

You have subscribed to alerts for M. Latimer-Ridley.

You have been added to M. Latimer-Ridley's favorite list.

You can also sign-up to receive email notifications whenever M. Latimer-Ridley releases a new book.