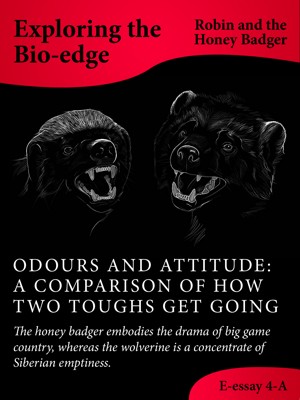 Odours And Attitude: A Comparison Of How Two Toughs Get Going

By Robin and the Honey Badger
Join us as we compare and contrast the honey badger and the wolverine zoologically, showing that their evolutionary convergence is an accident of two disparate environments – the predator-beset Old World and the climatically forbidding far North – both offering a niche to creatures toughened almost to a fault. More
Robin and the Honey Badger’s mission is to recharge biology with originality for you, the non-specialist reader. Exploring the Bio-edge is a series of e-essays presenting lateral thoughts in search of ever more interesting stories from biology. In this e-essay: we feature the second author’s namesake in the flesh, the real honey badger, checking the reality of this mustelid by careful comparison with a species so far and yet so near: the wolverine. Our interpretation turns fict into fact and hype into hypothesis by grounding these notorious animals in the ecological map of the globe.

Each morning Robin and the Honey Badger wake up to a world of Nature with new curiosity. Which aspects of the natural world have been underlooked? Which adaptations or non-adaptations of organisms have been downplayed because of some theoretical bias? Which observations have yet to be integrated because of interdisciplinary timidity? How laterally can we think as we cruise the bewildering diversity of life forms on Earth? Join us in our mission of Exploring the Bio-edge in a series of e-essays that fearlessly - but accurately - cover all corners of biology.
Available ebook formats: epub mobi pdf rtf lrf pdb html
First 30% Sample: epub mobi (Kindle) lrf more Online Reader
pdb
Price: $2.99 USD
Buy Add to Library Give as a Gift
How gifting works
Create Widget
Tags: diet natural history niche lateral thinking wolverine comparison exploring the bioedge honey badger
About Robin and the Honey Badger

Far from being a mere featherhead, Robin is a mainstream scientist operating at the centre of current environmental concerns. His work has three main components: primary academic research, environmental consulting, and entrepreneurship. He has authored more than 50 peer-reviewed scientific papers and book chapters in the fields of ecology and soil science. Robin’s light and curious mind achieves an avian mobility among the many fields of biological knowledge, making surprising connections and delighting in new perspectives.

Restlessly digging beneath the surface, the Honey Badger is in constant search for the honey of a more fulfilling biology that mines the common ground of apparently separate fields of academia. Performing research on several continents and across a broad spectrum of organisms from microbes to megaherbivores, the Honey Badger is the primary author of 35 peer-reviewed scientific papers and book chapters in zoology, botany, biogeography, and nutrition. An ecological theorist whose emphasis is on intercontinental comparison and original synthesis and integration, the Honey Badger has also published semi-popular articles on various biological topics in several wildlife magazines.

Learn more about Robin and the Honey Badger 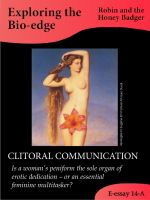 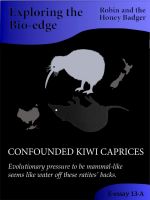 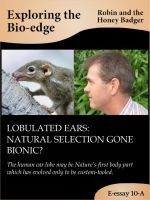 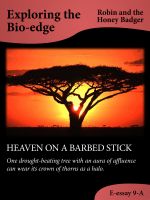 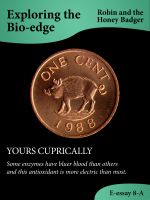 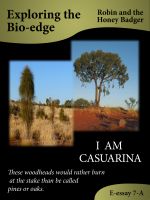 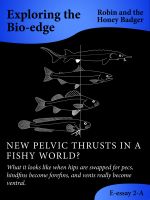 You have subscribed to alerts for Robin and the Honey Badger.

Would you like to favorite Robin and the Honey Badger?

You have been added to Robin and the Honey Badger's favorite list.

You can also sign-up to receive email notifications whenever Robin and the Honey Badger releases a new book.