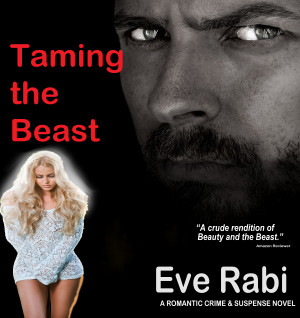 Rated 4.83/5 based on 12 reviews
I was twenty-one, a sassy university student who took crap from no one. While holidaying in Mexico, I was accosted by The Devil of Mexico called Diablo and shot, because the motherfucker mistook me for a spy.
I survived, only to encounter him again months later. How’s that for luck?
Furious and sick of all that I’d been through because of him, I slapped him, told him to go fuck himself and ... More
SERIES OVERVIEW
(Please check out video: http://youtu.be/OjtyxicKzo0)

I was twenty-one, a sassy university student who took crap from no one. While holidaying in Mexico, I was accosted by The Devil of Mexico called Diablo and shot, because the motherfucker mistook me for a spy.
I survived, only to encounter him again months later. How’s that for luck?
Furious and sick of all that I’d been through because of him, I slapped him, told him to go fuck himself and braced myself for the bullet. He could shoot me – I no longer cared.
But, to my surprise, the fucker became fascinated with me and blackmailed me into becoming his woman. He’d slay the entire village that sheltered me, if I rejected his proposal.
He was Kong, hairy, tattooed from fingertips to face, with scary ass piercings, blood-shot snake eyes, a ruthless killer and above all, he was my murderer – how could anyone expect me to say yes?
To save the village I had to.
He took me by force, terrorized me into submission and made me his. To make matters worse, I had to put up with his ruthless, backstabbing family who hated me and wanted to kill me.
I despised the bastard and I told him that. Spark flew. Fists too.
When the FBI came on the scene and secretly recruited me to help put Diablo behind bars, I was thrilled. I wanted them to throw his ass behind bars, then torment him for the rest of his life like he was doing to me. I was willing to do whatever it took to get him there.
But, the more I rejected Diablo, the more he wanted me.
At times he wanted to kill me because of my insolence, but other times he just wanted me to love him.
I was his Gringa and in an attempt to get my love, he began to change for me. Drastic changes that made me laugh at him at first, then made me curious and even intrigued me.
After all, I was an ignored child and as an adult, nobody gave a rat’s ass about me. Here was a man who actually wanted me and was willing to do whatever it took to get me – how the hell could I not be flattered?
As the days went by, I found myself drawn to him and I began seeing him differently. When I found out about his past, everything changed.
I now wanted to protect my murderer, my tormentor, The Devil of Mexico from the FBI and I was prepared to lie to the Feds, if it meant saving him from them.
I was even prepared to go to jail for him.
And I did.
My days in Mexico were filled with violence, hate, lust and sorrow.
It was also filled with laughter, love and passion and most importantly, it taught me that love conquers all.

Gringa - a modern–day, love story that will have you laughing, crying and wanting more!
WARNING: This book contains sexual violence, sex scenes, graphic language, drug references, strong violence and is not suitable for anyone under the age of 18

REVIEWS FROM READERS:
“IMO, It is one of the best romance books ive read in some time. I read it all in one sitting. I couldnt peel my eyes away even for a minute. The story had it all from action to romance.”

“Some scenes had me giggling out loud, but there was one scene that had me laughing out loud for a couple minutes.”

“This book is not for the faint of heart. It's horrible, dirty, raw, passionate, hilarious, sweet, sad, addictive, and so much more.”

‘The romance is real. One thing that I like from this author now that I have read all her books is that she takes time to develop her characters as well as develop the romance. There is no zero to 60 in 3 seconds here. Her characters are flawed and multi-dimentional. They also experience growth throughout the book. There are plenty of twists and turns in ths book to keep you guessing.’
Download: epub mobi (Kindle) pdf more Online Reader
lrf pdb txt
Price: Free! USD
Add to Library
Create Widget
Tags: romance erotica comedy humor womens fiction bdsm contemporary fiction modern fiction bestselling lovestory
About Eve Rabi

Eve Rabi is a screenwriter and author of more than 41 romantic crime and suspense novels.
Inspired by the likes of Sidney Sheldon and Gillian Flynn, her tales are bold, scandalous, controversial and often humorous.
To quote an Amazon reviewer: “When you pick up an Eve Rabi book, forget sleep. She writes gripping page turners that will keep you reading till the very end.”
If you’re bored of regular romance, if you like your romance with twists and turns, if you prefer your crime novels to have strong romantic themes, then you will enjoy Eve Rabi’s multi-genre books.
In her spare time, Eve likes to dance like no one is watching. She also likes to eat like no one is watching. That's why she has to dance so often. 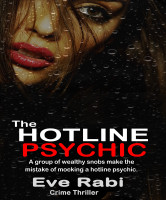 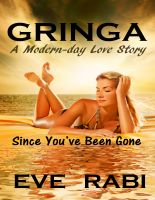 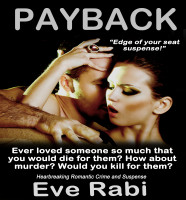 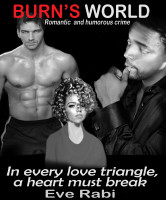 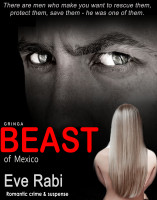 Its really surprising to see how the story goes forward. The Gringa Series has this in depth view, that leaves the reader begging for more. The characters are quite interestingly portrait. One never gets bored and is always involved with the story. I’ve read book one and two till now and impatiently waiting for book three. It’s a great love story with real human emotions. Would highly recommend reading the series.

I read the pages of book 2 with a pounding heart and a myriad of emotions. The characters in this book challenge me to reach deep within each individual for connection.There is this deep hunger to love and be loved in the Gringa series and that's the desire we all share,regardless of our gender,race,ideologies or environment.Fantastic book indeed!

I am in awe of the way this series unfolds.
The books are really"page turners". I would recommend books by Eve Rabi to anyone at this point. The Gringa Series has this indepth view, that leaves the reader begging for me. This is truly a good love story. I can't wait for the rest. *smiling*

Eve Rabi you the best

(reviewed the day of purchase)
Lutfia Valley reviewed on April 16, 2013

e it completly. Totally hooked. Finish Book 1 to 3 in no time and now am patiently waiting for Book 4. This author is brilliant and I'm fully enjoying this book. Love Payton to bits and falling deeper and deeper in love with Diago. Oh and Troy is just a sweety-pie.

(reviewed 7 days after purchase)
Lutfia Valley reviewed on April 10, 2013
(no rating)
Oh WOW, I love this story so much - so far. Looking to get my hands on the 3rd part.I know this is not your typical romance story but it is your typical love story.I hate him but love him and I fall deeper in love with him. Just amazing. Oh and the author is brilliant at the comedy bits just love Paytons bad mouth and tough attitude. Wonderful.

forgot to add the rating !! finished all 4 books so naughty but the bad boy is just mouth watering!!

(reviewed 8 days after purchase)
Claudia Michelle Arias reviewed on March 27, 2013
(no rating)
OMG loved this series so much so that I even contacted the author... what can I say but that I stayed up all night reading it..... loved it. Yes not a classic romance novel but what can I say a must read.

(reviewed the day of purchase)
kelly tasopoulou reviewed on March 7, 2013
(no rating)
This story is amazing!! I'm loving it so far and can't wait to see what happens next!!! Really, love does conquer all!! Plus, it has this bad boy element- in abundance - that drives all the ladies mad!!! I definitely suggest it!!

Read Book 2 within an hour of receiving it! It was wonderful to go through, especially knowing why Diablo is the way he is. Also, knowing him as Diago (which I too, like Payton, think is a wonderful name), makes you fall for him more.

The subtle changes in their relationship are so cute and wonderful. When Diago says that Payton teaches him how to be good (in the heart) where it counts, you can't help but fall in love with him.

I can't wait to read more about these two!

(reviewed the day of purchase)
Martine Celestin reviewed on Jan. 16, 2013

You have subscribed to alerts for Eve Rabi.

You have been added to Eve Rabi's favorite list.

You can also sign-up to receive email notifications whenever Eve Rabi releases a new book.