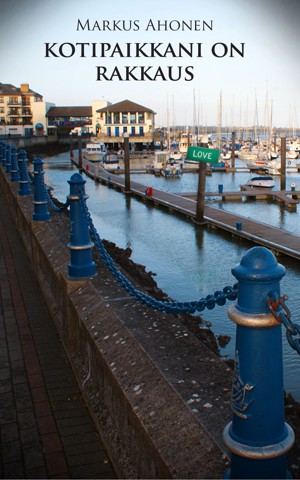 Markus Ahonen
was born in 1972 in Helsinki, Finland. He grew up in Martinlaakso, a suburb of Vantaa, known as the childhood residence of famous Formula One drivers Mika Häkkinen, Mika Salo and Kimi Räikkönen as well as heavy metal band Amorphis.
He went to high school for a year in Auburn, New York when he was 17. He has achieved Bachelor of Arts degree from University of Turku, Finland in Finnish Literature and has worked extensively as Editor and Editor-in-chief in local newspapers, as TV Script Writer for Finnish versions of game show Weakest Link and the Finnish modified version from shows Never Mind the Buzzcocks and They Think It's All Over as well as writing TV sketch comedy.
After moving to Ireland in 2006, Markus has worked as a flying foreign correspondent having reported to newspapers and magazines from nearly 40 countries around Europe and elsewhere.
His first crime novel Meduusa was awarded with third prize in Kouvola Crime Literature Festival 10th anniversary novel contest in 2006. The second Isaksson novel Palava sydän (Burning Heart) was published in 2008 and third Jäljet (Tracks) in 2014.
Markus has also written a short story collection My Hometown Named Love (in Finnish: Kotipaikkani on rakkaus) as well as short story collections for children Karkaileva bussi ja kaiken maailman ihmeelliset vempeleet (Runaway Bus and All Other of Marvelous Gadgets) and Haikarasaaren vauvasatama ja muita tarinoita (Heron Island Baby Harbour and other stories).
All three Isaksson series novels and Karkaileva bussi ja kaiken maailman ihmeelliset vempeleet have topped the e-book charts in Finland, Meduusa being selected to iBooks Best of 2012 and Best of 2013 catalogs. Medusa was published in English as an e-book in 2013. In December 2013 Markus was chosen to iBookstore Finland Bestselling Authors category.
WSOY, leading publisher in Finland part of Bonnier Books Finland, republished all three Isaksson series novels in June 2016. Fourth novel in the series Sydämenmurskajaiset (Heart Crushing Party) was published by WSOY in September 2016.
Markus, a film, book, music and general knowledge enthusiast, lives in Malahide, County Dublin, Ireland with his son. 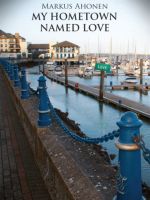 You have subscribed to alerts for Markus Ahonen.

You have been added to Markus Ahonen's favorite list.

You can also sign-up to receive email notifications whenever Markus Ahonen releases a new book.