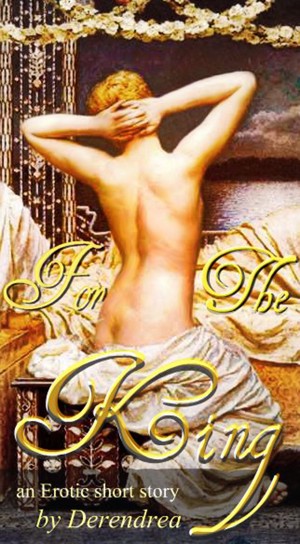 For the King ~ Medieval Erotica

Derendrea is a an author of sensual & entertaining erotica. All of her stories are based on dreams.

SEX BLITZ - Hayden gives consent to give up all control. Sequel to the Sex Camp Series.

SEX CAMP - Helen explores the world of menage and bondage after being invited to a strange camp.

SHACKLES OF THE GENIE - M/M story of an enslaved djinn whose only hope of freedom is a husky hunter.

CRASHED IN THE OUTLANDS - An alien woman must rely on four sweaty humans in order to survive a jungle planet.

SACRIFICE TO TANGAROA - A young island woman is given to the tempest in attempt to appease the god of the sea.

SAVAGED - A woman is pursued by bandits into the wood, but then saved by a husky barbarian.

SKIN WALKER - A Native American woman is rescued from would-be kidnappers by a shape shifter.

FORGOTTEN - A young woman enters a cybernetic suit during an attack on her home. She must join with the being embedded in the suit in order to survive.

PLAIN SKIN - The eldest heir of the king is abducted and sold to barbarians, who tattoo her skin with symbols of their tribe.

THE SULTAN'S HAREM - The sultan's favorite, and least receptive slave has an unexpected guest.

FOR THE KING - Three men enter the queen's bedchamber. She has the chance to refuse, but she doesn't.

SENSITIVE - A woman with a 'sensitive personality' meets a man that sets her nerves on fire.

VALKYRIE - A young New York man rescues a creature on his way home. He hides her in his apartment, but can he hide her from her past?

A FOREST ENCOUNTER - Two traveling merchants make the mistake of staying overnight in a strange wood.

MY BEST CUSTOMER - A drug addict tells the story of a client that treated her differently than the rest.

ANGEL APOCALYPSE - An angel falls in love with a soldier during WWIII.

THE SWEETEST FRUIT - A non-biblical retelling of the story of Eve and the forbidden fruit.

THE DARKNESS OF SPACE - A woman is lured into detective work on a mining colony. 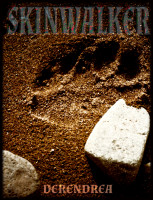 Reviews of For the King ~ Medieval Erotica by Derendrea

Concise thought provoking look at a king and queen and what they were willing to do to maintain their dynasty. Gobsmacked and somewhat unsettled after the last page

(reviewed the day of purchase)
Ernest Winchester reviewed on Nov. 5, 2012

Ah those crazy royals. And what a price those pay who serve them.

You have subscribed to Smashwords Alerts new release notifications for Derendrea.

You can also sign-up to receive email notifications whenever Derendrea releases a new book.