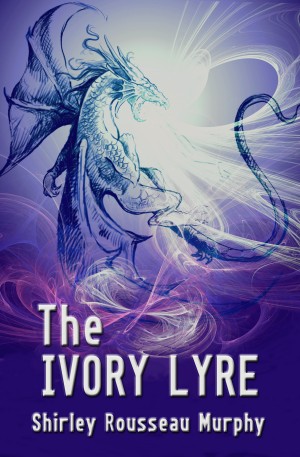 “A riveting sequel to Nightpool. . . . A finely crafted story filled with scenes of chilling horror as well as courage and beauty. Murphy's dragon lore exhibits an exciting immediacy; her scenes of dragons in flight exalt the reader. . . . Anne McCaffrey, make room.” —ALA Booklist

“This well-crafted fantasy has a depth and scope reminiscent of Tolkien.” —Publisher's Weekly

Shirley Rousseau Murphy is the author of over 40 books, including 24 novels for adults, the Dragonbards Trilogy and more for young adults, and many books for children. She is best known for her Joe Grey cat mystery series, consisting of 21 novels, the last of which was published when she was over 90. Now retired, she enjoys hearing from readers who write to her at her website www.srmurphy.com, where the reading order of the books in that series can be found.

Murphy grew up in southern California, riding and showing the horses her father trained. After attending the San Francisco Art institute she worked as an interior designer, and later exhibited paintings and welded metal sculpture in the West Coast juried shows. "When my husband Pat and I moved to Panama for a four-year tour in his position with the U. S . Courts, I put away the paints and welding torches, and began to write," she says. Later they lived in Oregon, then Georgia, before moving to California, where she now enjoys the sea and views of the Carmel hills.
.

You have subscribed to alerts for Shirley Rousseau Murphy.

You have been added to Shirley Rousseau Murphy's favorite list.

You can also sign-up to receive email notifications whenever Shirley Rousseau Murphy releases a new book.