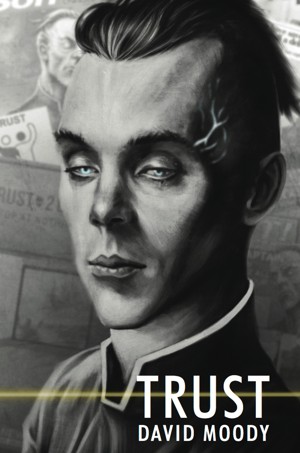 The most important event in human history takes place in the middle of nowhere. Perspectives are altered. Perceptions are changed. Nothing will ever be the same again. Is this a moment of deliverance for the human race, or the beginning of its end? Tom Winter thinks he knows, but if he's right, then seven billion other people are wrong. More
"Moody is as imaginative as Barker, as compulsory as King and as addictive as Palahniuk" --Scream Magazine

Stephen Hawking said "If aliens ever visit us, I think the outcome would be much as when Christopher Columbus first landed in America, which didn't turn out very well for the Native Americans."

A world brought up on stories of alien invasions and wars with other planets is asked to open its arms to three hundred aliens who are stranded in their crippled mining ship. The eyes of the entire world are focused on the village of Thatcham: the site of the first confirmed contact with an alien species.

Their arrival affects everyone. Barriers are broken down, perspectives are altered, and the life of every single person on the planet is changed forever as science-fiction becomes science-fact.

But not everyone is convinced. Some people are more cautious. Tom Winter knows that if he's right about the aliens, more than seven billion others are wrong.

"Trust is a slow-burner and all the richer for it. The layers of characters and details of the story play out perfectly when matched with an ending you're not likely to forget. It's an outstanding novel, delivers in more ways than one, and is worthy of a place on the discerning fan's bookshelf. 10/10" --Starburst Magazine

"Trust is the latest in a long line of thought provoking, intelligent novels... For new readers this is an ideal starting point to discover this major British talent who despite his innovations and successes of the last decade, you get the feeling is only just getting started." --Shadowlocked
Available ebook formats: epub mobi pdf rtf lrf pdb txt html
First 20% Sample: mobi (Kindle) lrf pdb Online Reader
Price: $3.99 USD
Buy Add to Library Give as a Gift
How gifting works
Create Widget
Tags: zombie trust alien contact autumn sciencefiction david moody aliens among us aliens arrive hater
About David Moody

David Moody was born in 1970 and grew up in Birmingham, UK, on a diet of trashy horror and pulp science fiction books and movies. He worked as a bank manager and as operations manager for a number of financial institutions before giving up the day job to write about the end of the world for a living. He has written a number of horror novels, including AUTUMN, which has been downloaded more than half a million times since publication in 2001 and has spawned a series of sequels and a movie starring Dexter Fletcher and David Carradine. Film rights to HATER were snapped up by Guillermo del Toro (Hellboy, Pan's Labyrinth, Pacific Rim) and Mark Johnson (producer of Breaking Bad and the Chronicles of Narnia films). Moody lives with his wife and a houseful of daughters and stepdaughters, which may explain his pre-occupation with Armageddon.

Reviews of Trust by David Moody

You have subscribed to alerts for David Moody.

You have been added to David Moody's favorite list.

You can also sign-up to receive email notifications whenever David Moody releases a new book.