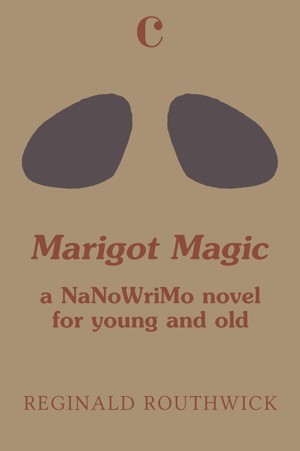 This is a work in progress created as part of NaNoWriMo 2012, and is not indicative of what may appear in later drafts or the final version.

This project is dedicated to the public domain under CC0 and Kopimi by its rightful author, Reginald Routhwick.

Reginald Routhwick is the pen name of Dylan Cuffy, an author and pop-culture geek (for hire) who lives in Waterbury, Connecticut with six members of his family. Routhwick publishes through his own Constitution Books brand, and maintains a behind-the-scenes feed, #WhatLiesAground, on his Google+ account. Constitution released its first official publication, a re-issue of Ernest Vincent Wright's GADSBY: CHAMPION OF YOUTH, in October 2012.

A native of the Commonwealth of Dominica, the author has contributed to the English Wikipedia since early 2005, and has made appearances on Open Library (an Internet Archive project) and OpenStreetMap since then. As an open-source supporter, he is proud to use open-source licenses and public-domain waivers in his own work.

At this writing (August 2014), Routhwick is developing a children's/general fiction project entitled MARIGOT MAGIC, about a raccoon family's reunion in Dominica's northeast. (MARIGOT MAGIC was a winner in the 2012 NaNoWriMo event.) Another venture of his, a mystery series called THE SEVTON SAGA, has been sporadically in the works since December 2005.

Constitution has also reprinted William Wordsworth's "The Recluse", Edmund Clarence Stedman's "A Reconstruction Letter", and E.V. Wright's THE WONDERFUL FAIRIES OF THE SUN.

You have subscribed to alerts for Reginald Routhwick.

You have been added to Reginald Routhwick's favorite list.

You can also sign-up to receive email notifications whenever Reginald Routhwick releases a new book.