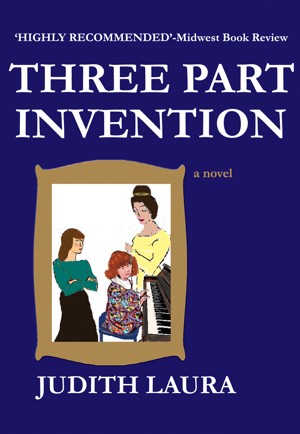 Alice, a classical pianist and daughter of Eastern-European Jewish immigrants, marries violinist Izzy shortly before World War II. After their daughter Beth is born they move from New York City to the fictional town of Delaware City, New Jersey, where Izzy works in a furniture store. As she raises Beth, Alice exhibits prejudices too common in her generation against people racially and ethnically different from herself. Yet, in her own way, she is open to a variety of experiences. Alice’s world includes a psychic aunt, a piano teacher of Native American and Irish descent, an adult piano student in a wheelchair who reads palms, and her close friend Sophie, who has a daughter Beth’s age.

Beth grows up in Delaware City caught between her mother’s value system, her own ideas—and her quest for social acceptance. Beth's resentment over being made to study piano deepens the rift between her and her mother. In her teens, Beth is introduced to rhythm & blues by African American high school girls. Beth’s love of this music soon extends to rock, and then jazz—all of which her mother dislikes. At college in Ohio, Beth becomes involved in the early civil rights movement with her closest friends Melissa, a budding reporter and sexual explorer; Valerie, Beth’s intellectual mentor, whose family is evasive about their Native American ancestry and who ponders her possible lesbianism; and Julius, a Black civil rights activist who challenges Beth’s beliefs and self-image.

Alexis, Beth's daughter, is born in Denver. As a pre-schooler, she finds herself in an uncertain world, often confused because her learning disabilities reduce her communication skills. Yet she finds she can do remarkable things with music. Tension develops between Alexis and her mother as Beth struggles to overcome profound changes in her life.

Three Part Invention, a novel by Judith Laura: Book Trailer
Introduction to novel about three generations of mothers and daughters and their relationship to each other, 20th century events, ethnicity, and music--from classical to jazz, to rock and more. Author narrates. Includes excerpts from book's first chapter.

You have subscribed to Smashwords Alerts new release notifications for Judith Laura.