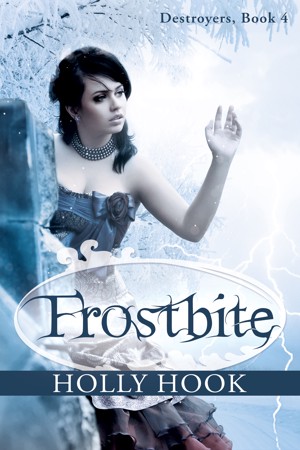 By Holly Hook
Sophia’s teenage years have been plagued with another presence that lives inside her–one that freezes everything around her when it gets angry. When a new storm goddess arrives in town, it’s determined to get out of Sophia and join her…even it it means Sophia’s destruction and the end of the world.

The author is currently working on the Timeless Trilogy, another YA fantasy series with a hint of science fiction, and has written a few short stories. She grew up with a fascination with natural disasters and weather, especially storms. She enjoys writing stories with a strong female lead and exploring concepts that have never been done before. Reading teen fiction and young adult books is another one of her biggest interests. She lives in Michigan with her two cats and an assortment of other pets.

Other Titles By Holly Hook Include:

You have subscribed to alerts for Holly Hook.

You have been added to Holly Hook's favorite list.

You can also sign-up to receive email notifications whenever Holly Hook releases a new book.