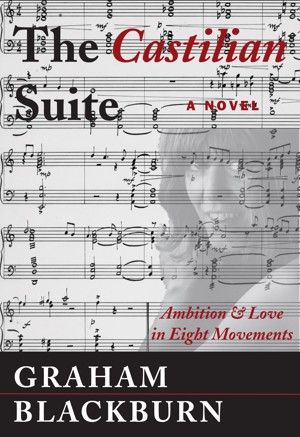 Graham Blackburn wrote his first book, a history of Scotland, when he was eleven years old. Born and educated in London, England, he spent several years in Germany and Spain before moving to the United States to study at the Juilliard School in New York. For the next ten years he lived the life of a rock and roller, playing and recording with groups including Van Morrison, Maria Muldaur, Full Tilt Boogie, and Razmataz.

Having built several houses in Woodstock, NY, he subsequently made a name for himself as a fine furnituremaker lecturing at major schools and national woodworking shows . A frequent contributor to many magazines, including "Fine Woodworking", "Popular Woodworking", and "Woodwork" (of which he was the Editor-in-Chief), as well as publishing his own videoMagazine: "Woodworking in Action", he has also written and illustrated many books on woodworking, housebuilding, and furnituremaking, as well as several books on sailing and philately.

Three of his novels, including "For Love or Money?", "The Castilian Suite", and "The Stanford Solution" are also Smashword publications".

Reviews of The Castilian Suite by Graham Blackburn

You have subscribed to alerts for Graham Blackburn.

You have been added to Graham Blackburn's favorite list.

You can also sign-up to receive email notifications whenever Graham Blackburn releases a new book.