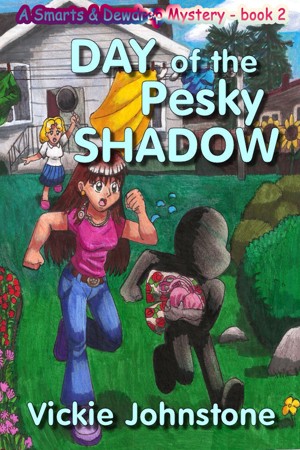 Day of the Pesky Shadow

By Vickie Johnstone
After his previous oregano-sprinkled adventure, Detective Smarts is still finding it hard to look at a pizza, never mind eat one. But there is a new mind boggler to solve - who is the mysterious, dark figure causing the townsfolk's legs to go all wibbly wobbly? Smarts and sidekick Dewdrop are hot on the trail.

Vickie Johnstone lives in London, where she works as a sub-editor on business magazines. She has a thing about fluffy cats and also loves reading, writing, films, the sea, art, nature, white chocolate and travelling. Vickie has self-published 16 books.

You have subscribed to alerts for Vickie Johnstone.