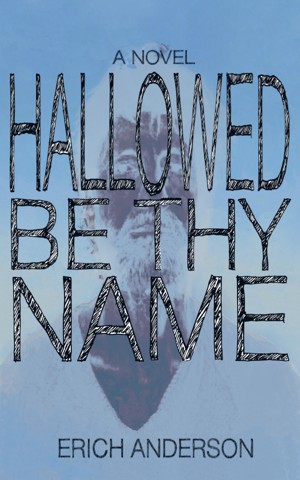 Hallowed Be Thy Name

Coursing across the American Heartland with a wicked sense of humor, Hallowed Be Thy Name hurtles toward a day of reckoning on which a wild tapestry of sharply-drawn characters will realize their destinies.

And from which no one will emerge unscathed.

Erich Anderson is a professional actor who has appeared in over three hundred episodes of television, fifty theater productions, and twenty feature films. As a writer he has written multiple episodes of television and has a filing cabinet full of unproduced screenplays. He was born in Sagamahara, Japan. He is a graduate of Hilltop High School, Chula Vista, California. He holds a B.A. in Biochemistry and Molecular Biology from the University of California, Santa Barbara. He is married to Saxon Trainor and they reside in Los Angeles, California with their dog, Becky. Thy Kingdom Come is his second novel, and the second installment of the Pater Noster series.

You have subscribed to alerts for Erich Anderson.

You have been added to Erich Anderson's favorite list.

You can also sign-up to receive email notifications whenever Erich Anderson releases a new book.