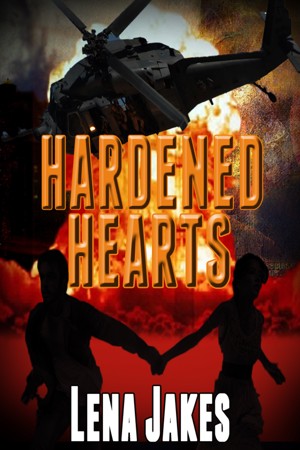 Childhood friends Harper and Harrison are inseparable until her twin brother is killed and Harrison’s actions are suspect. Years later, Harrison’s military career has stalled despite being cleared and he starts his own battle to get not just his friend back, but support her when she learns the truth of her brother’s death. They will fight each other, the truth and their hardened hearts. More
Harper Dorsey’s twin brother is killed in the line of duty and her close childhood friend Harrison Morgan’s actions are thought to be the cause. Four years later, Harrison’s military career has stalled despite having been cleared of all wrong doing, and Harper has isolated herself from her family and begins a career that takes her deeper into dangerous territory. When Harper is sent the mysterious gift of a new job from a secret employer who promises to answer all her questions about her brother’s death - and Harrison’s involvement with it - she must decide if Harrison really is the enemy she has thought him to be all these years. When Harrison turns the tables and begins his own personal battle to get his friend back, and hopefully more, he has to prove that he has the key to her hardened heart.
Available ebook formats: epub mobi pdf rtf lrf pdb txt html
First 15% Sample: epub mobi (Kindle) lrf more Online Reader
pdb
Price: $0.99 USD
Buy Add to Library Give as a Gift
How gifting works
Create Widget
Tags: romance suspense mystery action military contemporary
About Lena Jakes