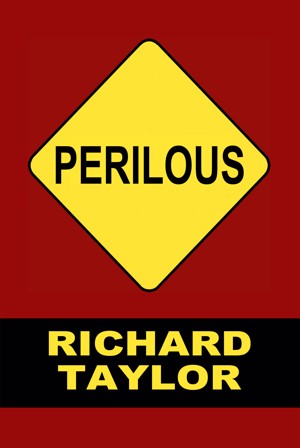 Lionel Keats.
Killer good looks.
Wealthy, witty, charming.
He can’t take no for an answer.
Maggie Malone.
Take your breath away.
Smart, savvy, independent.
She can’t say yes.
One of them is going to die.

RICHARD TAYLOR has been a writer most of his life. He is a produced screenwriter as well as a published author. His Showtime Premier film DECEPTIONS was nominated for a CableACE Best Picture Award. The SciFi Channel Original TV movie ENCRYPT was produced from his spec screenplay. Richard has written short stories, articles and essays. His debut novel THE HAUNTING OF CAMBRIA, published by St. Martin's Press/TOR has received rave reviews.

A native of Southern California, Richard now lives with his wife and two cats in the lovely seaside village of Cambria on the California Central Coast near the famous Hearst Castle.

Read Chapter One of THE HAUNTING OF CAMBRIA, a scary, funny, sexy novel of horror and humor at www.richardtaylorwriter.com.

You have subscribed to alerts for Richard Taylor.

You have been added to Richard Taylor's favorite list.

You can also sign-up to receive email notifications whenever Richard Taylor releases a new book.