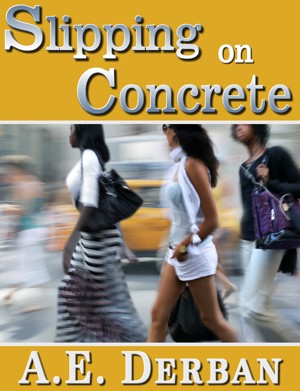 Sage
No one ever taught me how to be a friend. I had friends: Isa, Kim, Jewel, and Billie. However, I didn’t know how to be a friend or what to expect from one. I was just going through the motions. If it was easier to go along with the crowd then that’s what I did. I wasn’t different from anybody else in the world, but sometimes I wish I was. It takes courage to be your own person and at twelve, I didn’t have one cup.

Isa
I don’t like being laughed at. How was I supposed to know they wasn’t laughing at me? I can’t read minds. Kim, Billie, and Jewel looking at me like I did something wrong but they ain’t gonna say nothing to me. Matter of fact nobody ever tells me when I’m wrong. I get away with a lot of stuff. I’m loud and mean and I like getting my way…I ain’t gonna change who I am for nobody.

Kim
I am not dumb. They laugh at me because I say the first thing that comes into my head. I think it’s fun; they never know what I’m going to say and neither do I. I thought I was funny…I saw my mother standing on the terrace. When she does that I know that I better get upstairs before she sends one of my brothers to look for me; I don’t need no help being embarrassed.

Bio
As a native New Yorker A.E. Derban never runs short of story plots due to the plethora of people who sustain life in the ever evolving mecca. A.E. Derban is the author of two published works, Slipping On Concrete (novel) and In Between the Cracks (short stories). Each chronicles the life of people who are on the outskirts of life—people who deal with real issues of family, friends, sexuality, religion, and relationships. Reflective of real life, some stories do not have a happy ending but they all have an ending.
A.E. Derban also pulls inspiration from her students in the public school system and college arena where she educates them about the principles of English, writing, literature, and life. They in turn serve as characters which she can observe in their natural habitat—allowing her to be a social archeologist.
As an eternal griot and life-long student, A.E. Derban unfolds the stories which need to be told from a perspective of honesty; she endeavors to be the voice of the Black writer who recognizes that African Americans speak different dialects and truths masked as English. Her goal is to communicate with other African Americans and the world through fictional genres that a new movement in literature is emerging—let’s all be amazing!

You have subscribed to alerts for AE Derban.

You have been added to AE Derban's favorite list.

You can also sign-up to receive email notifications whenever AE Derban releases a new book.