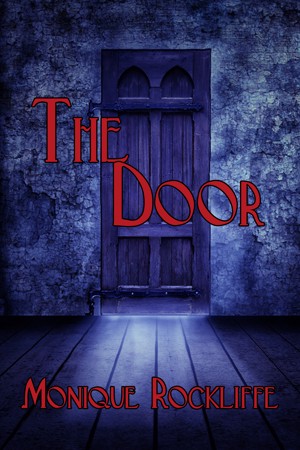 By Monique Rockliffe
The world is dying and there's nothing anyone can do to stop it!
The arrogance of the human race has caused catastrophic events throughout our history too many times to count, and now again the disdain for humility (always seen as weakness) and the blatant disrespect for all life has resulted in an irreversible global disaster that cannot be averted.
Nothing short of a miracle can save us now! More
During a desert excavation in a foreign land an astounding discovery is made that changes the future of mankind forever.

The Deceivers have one goal in mind: to rule the world, and now they've discovered the means to do so. Their endless resources, and immense political clout, make them the most powerful group on the planet and they will do anything to make sure it stays that way, even murdering men, women, and children in the name of science.

Fortunately for mankind there are people who believe in the continuance of everything good and fair and in the importance of protecting all fragile life, and when they discover the evil plans of The Deceivers they come together and design a plan to counter these diabolical men and women, who have in their possession something that could lead man into the next level of their evolution, something alien and vastly intelligent, something very much alive! But what they possess is more dangerous and destructive than they could ever have imagined, and when their experiments go horribly wrong the entire world begins to suffer horribly.

Desperate to find a solution, a Boy and a Girl and a group called The Scientists battle everyday to find a way to reverse the damage done by The Deceivers' arrogance, and when their despair is at its worst a miracle presents itself.

The Door not only exposes the evil mankind is capable of but also the compassion, love, and determination to preserve all life and appreciate every moment of it. Life is short, and it's our responsibility to make sure we do as much as we can in the time we have to live it to the full - even if that means sacrificing everything to make sure others get a chance to continue on. History teaches us where we went wrong and where we succeeded. Isn’t it time we listened?

Monique was born in Johannesburg, South Africa, where she currently resides with her husband and two cats.

Always the avid reader, she spent every available moment as a child devouring books and learning to read by the time she was three. She watched as many fantasy and science fiction films as her mother would allow, firmly establishing her love and passion for storytelling of the Otherworldly kind.

After a very successful professional dance career, spanning 25 years, she began writing seriously in 2009 when her dance career came to an end and her husband and greatest supporter urged her to finally make a start. Since then she’s never looked back.

"The Door" available on Smashwords, Amazon, and Barnes and Noble, among others, is the first of many short stories Monique has planned. She loves Science Fiction as much as she loves Fantasy, and writing in this genre comes just as naturally to her.

Monique is also a professional actress and playwright.

You have subscribed to alerts for Monique Rockliffe.

You have been added to Monique Rockliffe's favorite list.

You can also sign-up to receive email notifications whenever Monique Rockliffe releases a new book.