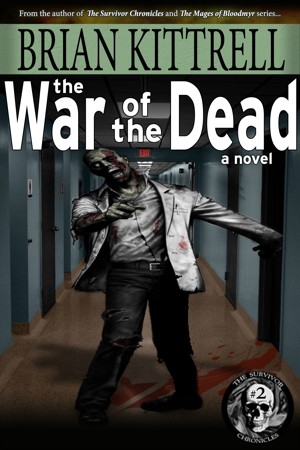 The War of the Dead: Andy's Story in the Times of the Living Dead (The Survivor Chronicles)

On the other side of the world, a Special Forces team uncovers a secret and terrible virus in an underground lab, hidden deep within the jungle, that will propel the entire world into a misery of untold proportions.

The threat of attack is only the first in a multitude of terrors, and the only thing separating the survivors from the dead is time.

You have subscribed to alerts for Brian Kittrell.

You have been added to Brian Kittrell's favorite list.

You can also sign-up to receive email notifications whenever Brian Kittrell releases a new book.