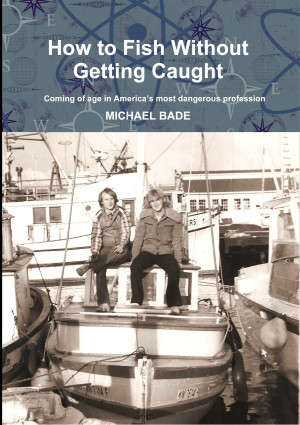 How to Fish Without Getting Caught

By Michael Bade
This is a coming of age story about two young men who faced the dangers and adventures of learning to commercial fish in Puget Sound. It an historical account about what it was like to commercial fish in the 1970’s when Judge Boldt called in federal agents to arrest fishermen. It is an adventure story that will have you turning pages in anticipation and stopping periodially to laugh out loud.
Available ebook formats: epub mobi pdf rtf lrf pdb txt html
First 10% Sample: epub mobi (Kindle) lrf more Online Reader
pdb
Price: $4.95 USD
Buy Add to Library Give as a Gift
How gifting works
Create Widget
Tags: adventure true life northwest history sea story memoir commercial fishing boating danger protest seattle history washington state history united states history
About Michael Bade

Michael Bade bought his first commercial fishing boat in 1976, with his college roommate Mark Halstrom. They taught themselves to commercial fish the hard way, alone on the sea, with a great deal of trial and error, at times barely keeping the boat afloat. Chronicled here are highlights of the sheer adventure, fun, mistakes, hard work and dangers that they experienced fishing Puget Sound in those years. Michael went on to own two boats and fish Bristol Bay, Alaska during the hay days of that fishery. In the off-season he was a musician who occasionally wrote music for PBS documentaries. He is now a video producer living in Seattle.

Reviews of How to Fish Without Getting Caught by Michael Bade

You have subscribed to Smashwords Alerts new release notifications for Michael Bade.

You have been added to Michael Bade's favorite list.

You can also sign-up to receive email notifications whenever Michael Bade releases a new book.