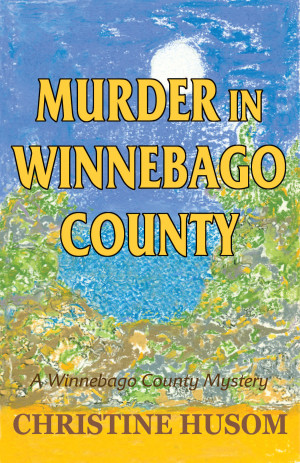 First 20% Sample: epub mobi (Kindle) lrf more Online Reader
pdb
Price: $4.99
Free! USD
Buy with coupon Use the code AG100 at checkout to get this book for free during our site-wide promotion!
(Offer good through May 31, 2020 )
Have a better coupon?
Add to cart, then apply your coupon
Add to Library Give as a Gift
How gifting works
Create Widget
Tags: mystery police procedural female detective
About Christine Husom

Christine Husom has been writing and creating stories since the age of six, and realized her dream of getting published in 2008. A long-time mystery lover, Husom served with the Wright County Sheriff’s Department and trained with the St. Paul Police Department where she gained firsthand knowledge of law enforcement policies and procedures.

She is the author of the Winnebago County Mystery series, police procedurals set in central Minnesota, including Murder in Winnebago County, Buried in Wolf Lake, An Altar by the River, The Noding Field Mystery, A Death in Lionel's Woods, and Secret in Whitetail Lake. She also has stories in four anthologies, and was the co-editor of Festival of Crime. She wrote a collaborative novel, Rubicon Ranch, with eight other authors. She was nominated for the Minnesota Book Award in 2010, 2012, and 2013 and the IPPY award in 2009 and 2012. She was selected to be on the mystery panel, “You Have the Right to Remain Silent”, at Bouchercon 2012, and moderated author panels at Malice Domestic and Bouchercon in 2015.

You have subscribed to alerts for Christine Husom.

You have been added to Christine Husom's favorite list.

You can also sign-up to receive email notifications whenever Christine Husom releases a new book.