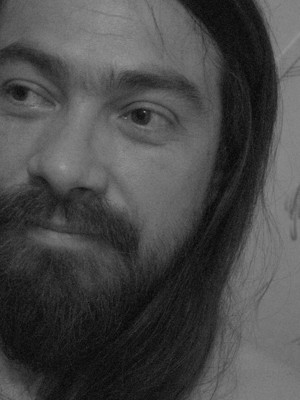 By Austen Brauker
A rotund Ottawa drives through a dream with a giant talking cake roll.

Austen Brauker is an award winning artist, musician and writer from the Little River Band of Ottawa Indians in Michigan. He is the author of two fictional novels and two locally produced theatrical plays. He is published in short story anthologies, poetry compilations and regular newspaper articles. His feature screenplays have won awards at more than two dozen film festivals, with one script scheduled to be produced into a feature film. He also works as a Peacemaker/Probation Officer at the L.R.B.O.I. Tribal Justice Center where he operates a wilderness cultural camp for youth.
As an artist, Austen creates many different traditional native crafts but also utilizes contemporary visual art forms. His trademark work, pigmented wax on recycled paper, was used by the National Congress of the American Indian for the N.C.A.I. conference logo in 2011. The original hangs at their embassy in Washington D.C. He is also known for painting large public murals, constructing stained glass scenes and carving decorative playable guitars.
Austen is a long time musician and has free original work available at online music sites, including video montages of music and photography. His musical styles range from traditional Native American and songwriter folk, to acoustic experimental and jamming blues rock. He has scored soundtracks for several films and educational documentaries.
Austen Brauker is an advocate of spiritual unity among all of Earth’s peoples as we evolve together as human beings in our collective world consciousness. He is married with his beautiful love, and best friend, his wife Victoria. 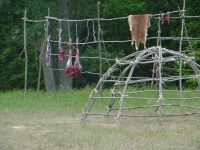 You have subscribed to alerts for Austen Brauker.

You have been added to Austen Brauker's favorite list.

You can also sign-up to receive email notifications whenever Austen Brauker releases a new book.