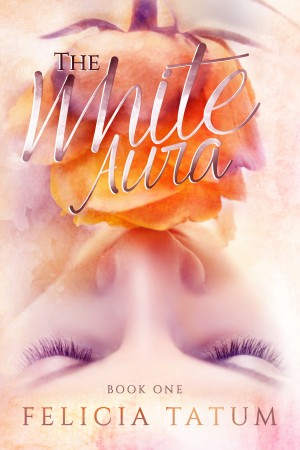 Shocked by a discovery about herself, Olivia struggles with her new reality and the secrets her parents have hidden from her.

Resume writer and job coach by day, author by night. Felicia Tatum has a deep passion for writing and helping people. Securing the USA Today Bestseller title in August 2016, she's excited and determined to make it happen again while providing readers with captivating stories that prove love conquers all.

Reviews of The White Aura by Felicia Tatum

A quick read. Some stuff happened like Olivia's powers just came out of no where so not enough backstory. I liked both main characters. Would have liked it to be longer. Good read.

The story of Scott and Olivia. Scott is a sorcerer who is cursed so that if he meets his true love before she is 17 and 6months old she will die on her eighteen birthday. Unfortunately, Olivia is only 16 when Scott sees her and knows she is his heart mate. So he stays away and visits her in her dreams. She is in danger and he has to step in to save her so what does he do now? Looking forward to the second book to see how their story progresses.

I'm not the biggest YA fan most of the time, but I really did enjoy Livvie and Scott's story. I can't wait to read the next one.

Scott is a sorcerer who has found his heartmate. He is a sexy sweetheart. His family is great too, well maybe except for his one brother who seems to be a terror.

Livvie is a teenager trying to figure out all these changes, and some of them are not what they seem. I love her though. She feels real. Her parents aren't the most helpful, but I love her best friend.

Aiden was a creep from the beginning, giving off all the bad vibes.

This story pulled me in. It's a quick fun read, and any paranormal lovers who like their YA should definitely read this one

If you love Romance novels with the paranormal thrown in. Then you will love this book as I did. The story line was well thought out. The little details about the history's and the characters were spot on. Felicia really did her homework on this one. I cant wait for the next one. This one is definitely 5 stars!!!

Olivia Whitehead is a 17-year-old high school student who has dreamed about the same guy (Mr Sexy) for the last year and one month, since her sixteenth birthday.

Scott Tabor is a fifth-generation sorcerer with many powers, including the powers to heal, to dream walk, and to eavesdrop from a great distance. Olivia is his heart mate, the person he's supposed to spend the rest of his life with. Once he meets his heart mate, it becomes physically painful for him to be apart from her. However, because of an ancient curse, he can't meet Olivia until six months after her seventeenth birthday, otherwise she will die on her eighteenth birthday.

When Aiden Cavalier, the school jock, shows a sudden interest in Olivia, Scott realizes he now has some competition. And he doesn't like it. He needs to find a way to break the family curse, but the only way he can do so is by killing Devlin Hart, the descendant of the sorcerer who cast the curse.

Enter the mysterious Red Calamitous. What does this evil sorcerer have planned for Olivia? Events escalate, culminating in a fight between the forces of good and evil. Who will be left standing?

"The White Aura" is told in alternating chapters from Olivia's and Scott's points-of-view, a technique which is used very effectively. The story itself has an interesting premise, and Scott's powers come in very handy throughout the book. There were a number of editing errors and too much description for my liking, especially of the characters' appearance and clothing.

Be warned, the book ends on a cliffhanger in anticipation of the "The Vessel", the second book in this series.

I received this book for the purposes of providing an honest review.

I received this copy from the author in exchange for an honest review.

I liked this book. It was very well written and caught me from the beginning. It is filled with secrets that are uncovered throughout the story, and full of emotion.

I loved all the characters. Any reader can find a character that they love. It is about this average 17 year old named Olivia Whitehead. She goes to high like normal and has friends like normal. The only difference she has these dreams about Scott and she falls in love with him. At first, she thinks that it is just a really good dream, but she soon finds out that it isn't a dream. The guy in the dream is Scott Tabor. There is a curse on his family that causes him to not be able to communicate with their soul mate until some time after their 18th birthday. While Scott waits that time a guy name Aiden comes into the picture. He is a good looking popular guy that every girl would love to date. Scott then tries everything possible to intervene with the relationship between Olivia and Aiden. While all of this other going on an evil sorcerer gains a major interest with Olivia. Scott eventually finds out what is going on and then starts to protect Olivia from this evil that is wanting her. Olivia is also changing in ways she can't really explain. She is frustrated that when she tries to tell her almost never home parents about it they just kind of ignore it. She can tell they are not telling her something and it bothers her. It just makes even more confusing to Olivia.

I loved how this story unfolding and look forwards to continue into it. I would highly recommend this book to any reader that enjoys to sit down and get lost in a good story.

I received this book thru the group Lovers of the Paranormal, on Goodreads. I'm SO HAPPY THAT I DID! This book was SO Great, that as soon as I started, I couldn't stop reading till the end. The plot was Amazing. It was So unique & the characters were so interesting and vibrant! I loved learning about the sorcerers, their history and all their unique individual abilities. The main characters, Olivia and Scott were wonderful, realistic, very likable people. As were Many of the secondary characters, like Olivia's BFF & Scott's family. The story was written from both Olivia & Scott's POV, which brought a lot of insight into what they were both going thru as the plot continued to get more intense. And indeed it did get a lot more intense as Scott learned Olivia was in great danger from another very powerful sorcerer who wanted her for his own evil purposes. It certainly was a great experience reading this book and I HIGHLY RECOMMEND IT to all! This author is very talented and I look forward to reading more of this series and anything else she writes in the future! I already bought the second book to this series. :)

3 stars
I received a copy of this novel in exchange for an honest review (Lover of Paranormal Group on Goodreads).
I love the concept behind this novel—boy sees girl but can’t be with her, very Romeo and Juliet, but I’m afraid the execution fell a bit short for me. I realize this is paranormal fiction, and as Samuel Coleridge said the reader must willingly suspend disbelief; however, I found some of the events and explanations unacceptable. Parts of the family heritage were explained thoroughly while other things that I thought were important were hardly touched. For instance, the council was explained in great detail though we never encounter them in this novel, but the fact that 5000-year-old Anna just now has a family though her heart mate is never mentioned is odd. Also, when Delana is mentioned, I really thought she’d be a big part of the story, but that whole thing kind of goes away. Some of the actions and the dialogue seemed awkward and stilted. At times, the characters sounded like teenagers, but other times, not so much. I needed more foreshadowing on some events, too. Olivia’s power and the whole aura thing just pop up and seem to come from nowhere. In all fairness, however, this is a series, so I have a feeling some of my issues are addressed in later volumes, but frustration may keep readers from continuing the series.
There are some positives. It’s a quick read. I finished it in a few hours, and it has some steamy dream sequences which don’t go too far (or far enough depending on your perspective), so teens will love it. Scott seems completely sweet and devoted—perhaps too sweet—if you can get past Olivia calling him “Mr. Sexy,” which, for some reason, made me cringe every time she used it.

Let me start by the positive, overall I liked the story a lot and that is why I gave it 4stars.
I enjoyed the storyline and it held my interest. I will definitely read the second book.
The friendship part between Juniper and Oliver was nice to read.

Here are a couple of things I did not like, first the dream at the very beginning I found this a little to mature for a YA book.
Second, the parents. They made the least sense to me. Now one minute they call her Darling and Baby girl and then they are not interested in their child's life? Now I am sure there is more to it, but then I think it should have worked into the book.
Then the Mr.Sexy part...a couple of times sure why not, but to me it just took overhand.
The fight scene at the end, not really much of a fight scene. I am more like when you push a knife through someone twist it. But ok.

(reviewed the day of purchase)
Liz Lovelock reviewed on July 28, 2013

I absolutely loved this book Felicia Tatum is an awesome writer! I received this book from her to read and review and I literally finished it in a day.
I was sucked in from the very first paragraph. I love the characters Scott and Olivia and the attraction between them and the suspense.
I love that Felicia had it in 2 POVS I liked knowing what's going on on both sides in this kind of story and I love that she used sorcerers!
I highly recommend this book it is such a page turner.
Thank you Felicia for giving me the opportunity to read and review this wonderful book for you and I'm totally looking forward to starting the next one!

You have subscribed to Smashwords Alerts new release notifications for Felicia Tatum.

You have been added to Felicia Tatum's favorite list.

You can also sign-up to receive email notifications whenever Felicia Tatum releases a new book.