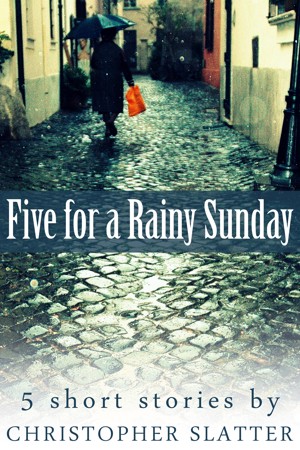 Five for a Rainy Sunday

By Christopher Slatter
A tale of the Australian outback, a war fought entirely at the will of sponsors, a fractured fairy tale and more. Five short stories to while away a rainy Sunday

I have been a professional writer since I was 17 years old.

I have been an advertising copywriter, film director, teacher of screenwriting and a television producer. I have worked for some of the world's largest advertising agencies in Australia and the UK before attending the London Film School for two years.

A career as a director of television commercials and short films followed before returning to Australia to take up the post of creative director of a small agency in Melbourne. Following an invitation to direct a series for Australian television, I returned to the screen.

Then in 1990 I went back to university, studying geology, horticulture, environmental science and plant genetics. I am also a writer of science fiction with several published stories. I hold dual British and Australian citizenship. I have two (very large) children which are the joy of my life

You have subscribed to alerts for Christopher Slatter.

You have been added to Christopher Slatter's favorite list.

You can also sign-up to receive email notifications whenever Christopher Slatter releases a new book.