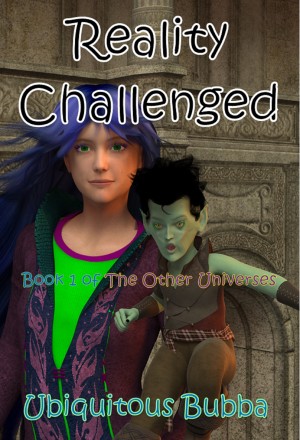 Ubiquitous Bubba (if that's his real name) spends a significant amount of time surrounded by imaginary characters from bizarre universes. He's been known to hold conversations with animals, inanimate objects, and food. These discussions frequently diverge into philosophy, speculations on Reality/Unreality, and the proper role of imagination in society.

Growing up in Texas, he studied the lore of the Storyteller, the mysterious art of the tall tale, and the pervasive universal existence of Bubbas. They're everywhere. As he wandered universes, he discovered that there's always a Bubba around when you need one.

Ubiquitous is also a drummer, who has somewhat narrow and specialized musical tastes. A fan of progressive and hard rock styles, he's also known to incorporate some funk just to keep himself entertained.

Ubiquitous Bubba enjoys relaxing at home with his wife and kids. He enjoys telling stories, eating pizza, and holding the recliner down. It hasn't gotten away yet, but one can't be too careful.

Also in Series: The Other Universes 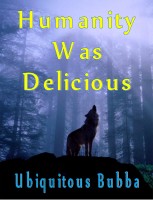 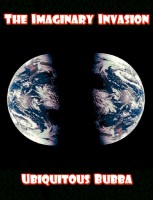 Entertaining, fantastic, hilarious, weird - these are all words that spring to mind to describe this book. This is a very well-written book, with extremely colourful characters, a plot that will keep you both guessing and laughing until the end, and a very appropriate title.

When I first started reading this book I didn't know what to expect. But this isn't the kind of story you can just classify and let it go at that. It has a shipload of very colorful and eccentric characters, including an enormous, armored alien with a passion for reciting bizarre poetry. A tough mercenary human he calls his pet, and a blue haired teen-age girl who has psychic abilities that make it possible to move between universes with her mind. Now all of this is colorful in itself, but there is a lot of story here, spread out over many universes and a lot of characters with separate story lines that all come together into a complete whole. I never play spoiler so I will leave out the details in favor of the overall impression that this book creates.
It is a funny, irreverent and witty book that has some laugh out loud moments and character interactions. At it's core is a pretty good science fiction yarn that has meat on the bone and more than enough depth to keep even the most demanding reader interested. I enjoyed the book and thought that it paid off very well at the end. There is enough material to spawn a whole series of novels and my understanding is that there are more in the offing. Good! I look forward to reading the next one.

(reviewed 9 days after purchase)
Craig B reviewed on Feb. 27, 2013
(no rating)
Douglas Adams was always a favorite of mine, but he hasn't written anything lately so I decided to pay him a visit and see if I could motivate him into making another book. Unfortunately, just like what happened in Graceland when I went to see Elvis, they wouldn't let me in with my shovel. In fact, both camps were equally rude which makes me think they're all involved in some grand conspiracy!

Anyway, there I was, deprived of the very type of humor I was looking for, until I was made aware of this wonderful new book by Ubiquitious Bubba called Reality Challenged. How he managed to create a personal note on the last square of TP in my upstairs bathroom is probably better left to other imaginations (time travel is suspected) but, in any event, he got me to buy a copy right then and there. Boy am I glad I took his advice before the final Klingons were wiped out. Sure, I lost a bit of sleep over the decision, but only because I couldn't put the book down! Those familiar with the genre will realize how hard it is to be anything approaching original in this day and age, yet UBubba managed to exploit, I mean, discover a fresh niche in a literary universe of space debris. His Trading idea is brilliant! I really wish I could make it work in my current universe though... My last attempt only succeeded in trading all the RAM in my PC for a stick of bacon-flavored tofu. I lost everything!

Sure, Hollywood might take notice and alter the story to better suit their pocket books and private causes. You know, make Psychann into a busty 18 year old recovering meth addict, turn Xorian into Buddist on a pilgrimage to save orphaned children from all known universes (or should that be universi?). Stuff like that. But, until they muck it up, I'm planning on reading the original again so I can chuckle knowingly at all the subtle future references I missed the first time.

So, what's the best part? He's writing more! I hear the next titles are going to be The Psis Strike Back and then Return of the Krazhdj or something like that. But who cares! As long as he keeps writing I'll keep reading.

I Am a fan and you will be too as soon as you get the book!

(reviewed 84 days after purchase)
Julien Bowles reviewed on Feb. 25, 2013
(no rating)
I finished Ubiquitious Bubba's book, Reality Challenged last week. I thought I should say something about it but also wanted to sort of let it set a few days before I did. I am not a "book reviewer" and have never reviewed a book so I don't know what bases are normally covered. However I can give my opinion of the book.
I bought it in the Kindle format from Smashwords, IIRC it was 4.99 and worth it. The Smashwords .mobi version does not have all the interactive features that a Kindle version of a book bought from Amazon does however and (in my case) the most important feature did work, the dictionary. Bubba knows a LOT of words and how to use them, lol.
The book starts as a normal space, multi-dimensional, sci-fi novel with strong, well fleshed out characters. I thought Xorian, the captain of the ship "Chaos Effect" was a sort of hybrid of Han Solo and Mal Reynolds (Nathan Fillion), the captain of the Firefly. Tough but funny. His partner the Krazhdj, who refers to itself as "One" and to Xorian as "One's Pet" recites strange poetry which Xorian never understands. They work well together though. They manage to pick up a strange girl named Psychann who is also able to read minds and/or destroy minds. She can also move through the multiverse. In the book there is the "Prime Universe" which many are looking for (for nefarious reasons of course) and countless other universes. Psychann also has the ability to "trade" items of similar mass between universes which comes in really handy at times.
There is Zeke who is a sort of criminal/revolutionary who gets caught up in things. He gets thrown into a strange reality... really strange.
There is Numnal who suddenly, in his universe, for some reason gets declassified as a mammal... which of course causes him no end of trouble. There are others. Villians, and a main villian.
Several stories are running at once and at first it was a little disconcerting to me but I got used to it. The story seems to be coming apart then slowly comes back together... and you realize it is really all one story after all. A neat trick there....
I would definately read it again and look forward to the next book. As with most good books and good authors the strength of the characters are it's appeal (and of course an interseting story) and as I said, the characters are well done.
Just be careful around the bats. Watch out for the flying warthog towing a yak... they could hurt you if you happened to be in the way.
The zombie preying mantis' saying, "brains..." could be a problem if they were larger.
Then there is the horse which reminded me a little on "Donkey" in Shreck, only more dangerous. I couldn't figure out if the horse was urban black, gay, or both... but he is funny. Yes, there are a wide variety of characters other than the main characters and a wide range of circumstances and strange places.

Well written, worth reading.
Thanks for the great read Bubba!!!

You have subscribed to alerts for Ubiquitous Bubba.

You have been added to Ubiquitous Bubba's favorite list.

You can also sign-up to receive email notifications whenever Ubiquitous Bubba releases a new book.