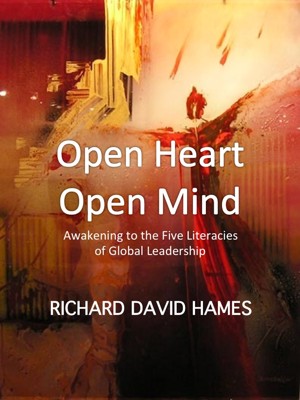 By Richard David Hames
The 10 years of action research that ultimately gave rise to The Five Literacies of Global Leadership (published by Jossey-Bass in 2007) shattered outdated myths and preconceptions concerning what constitutes effective leadership.
Open Heart - Open Mind is a primer for government and business executives who want to access and practice Five Literacies leadership in their own organizations. More
Those men and women inhabiting the corridors of corporate and government power and who practise obsolete forms of leadership are bluffing. They cannot resolve the most critical issues of our time. If they could, they would have done so by now. This book is based on the premise that an organization’s ongoing success will be shaped by people exhibiting a very different suite of leadership competencies than prevail in most organizations today. Five Literacies leaders recognize that new ways of understanding, analyzing and responding to change is required in business, and that this also demands a different style of leadership. This style is characterized by a shift from short-term, anthropomorphic, narrowly economic and control-orientated thinking to a longer-term, systems-based, evolutionary perspective where humankind is but a part of the global ecosystem. The key to such leadership is reintegrating human knowledge, and posing sharper and more perceptive questions based on an appreciation of the interdependent, ever-shifting dynamic between issues (content) and the framework in which those things interact (context). Open Heart - Open Mind is a primer for business executives who want to access and practice Five Literacies leadership in their own organizations.
Available ebook formats: epub mobi pdf rtf lrf pdb txt html
First 15% Sample: epub mobi (Kindle) lrf more Online Reader
pdb
Price: $19.99 USD
Buy Add to Library Give as a Gift
How gifting works
Create Widget
Tags: strategy leadership learning systems systems design philosophy and wisdom leadership and management development of leadership strategic conversation strategic navigation
About Richard David Hames

Recently described as one of this century’s most insightful philosopher-activists, and by Forbes Asia as one of the smartest people on the planet, Richard is considered to be among the world’s most influential intellectuals and strategic knowledge designers.

Richard is the Executive Director of the Centre for the Future, Executive Chairman of The Hames Group, and President of the Asian Foresight Institute. Richard works internationally as an adviser to governments and with many of the world’s most innovative and entrepreneurial business corporations. Richard has been a personal mentor to heads of state, government ministers, CEOs, company directors and entrepreneurs across Asia, Africa, the Middle East, Europe and South America and is also acknowledged within the foresight community as one of the world's most accurate futurists.

A celebrated speaker and writer, Richard is the author of several best-selling books including The Management Myth; Burying the 20th Century and The Five Literacies of Global Leadership. He is currently working on three new books, Contagion; Dancing with the Future; and Arcs of Intersection & Ascent. All three are concerned with the development of a post-humanitarian cosmology and societal paradigms from advanced levels of collective consciousness. 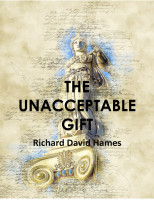 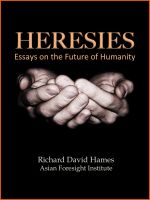 You have subscribed to alerts for Richard David Hames.

You have been added to Richard David Hames's favorite list.

You can also sign-up to receive email notifications whenever Richard David Hames releases a new book.