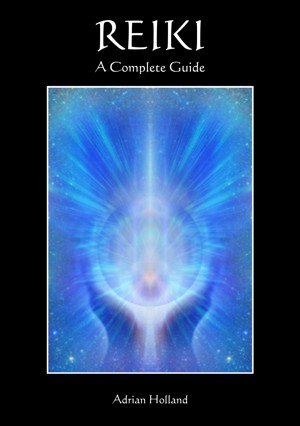 What is Reiki and what does it do?
How does it work, and how do we use it?
These questions and many more are answered in the amazing new book! More
An ancient art revealed…

What is Reiki and what does it do?
How does it work, and how do we use it?
These questions and many more are answered in the amazing new book!
Reiki is usually taught on four levels One, Two, Advanced and Master. However, there are actually eighteen levels. For the first time all levels are incorporated together...
There is a lot of interest in ‘Spiritual’ or ‘Natural’ healing today, with many people in the West seeking the ancient knowledge of the East. A lot of people have heard of the word ‘Reiki’ but do not really know what it is. There are others who have received training, but still have many unanswered questions.
Reiki is all about directing energy to heal, and it is far more than just a ‘New Age Gimmick’. If you are interested in alternative or complementary therapy, or just feel that there is more to life than the hustle and bustle of these stressful times, then this is the book for you…

Adrian is primarily known for his artwork and book cover designs, although he is also an author. Originally, from Solihull, West Midlands, England, he now lives in Rural Cheshire.

Adrian has now written over 40 books mostly Science Fiction, although he has also written in other genres including Spiritually Influenced, Mystery, and Fantasy.

All of his work can be viewed on his website: www.amazola.co.uk

You have subscribed to alerts for Adrian Holland.

You have been added to Adrian Holland's favorite list.

You can also sign-up to receive email notifications whenever Adrian Holland releases a new book.