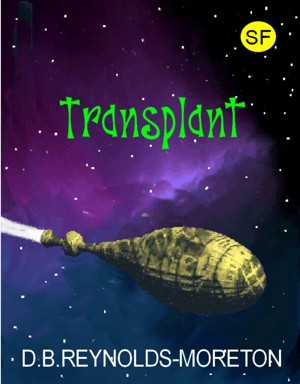 By David. B. Reynolds-Moreton
Rated 3.75/5 based on 8 reviews
Stupidity, greed, and isolationistic fundamentalism between the three main super powers had pushed mankind to the brink of destruction.
Just before the holocaust began, a group of wealthy and reasonably sane individuals decided save some small remnant of humankind. A small group of near genetically perfect people would be sent to another star system, and so Project Transplant began.
Download: epub mobi (Kindle) pdf more Online Reader
rtf lrf pdb txt
Price: Free! USD
Add to Library
Create Widget
Tags: scifi adventure future
About David. B. Reynolds-Moreton 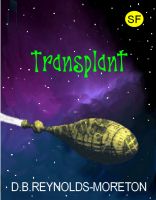 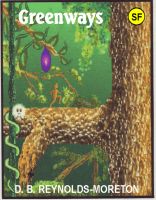 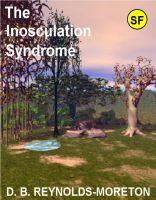 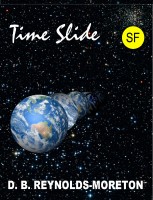 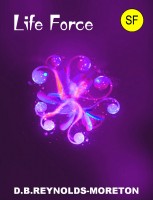 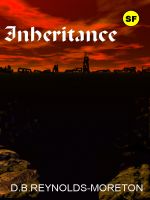 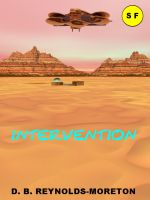 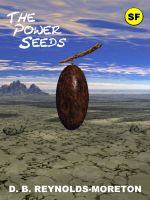 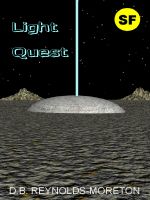 Reviews of Transplant by David. B. Reynolds-Moreton

I'm pretty sure I read a version of this story, or a part of this story, ages ago. If not, then someone copied this story under a different name. It's a story of a generation ship, as in the well-known tale 'Rite of Passage'. Part of the story channels 'Rite of Passage' to some extent but in the guise of exploring the ship rather than exploring one's soul. The ship is largely automated and the gist of the story is that the ship is breaking down and the crew has no idea how to deal with it because they have been served by the machines for so long they don't know how to do much of anything for themselves. The second half of the story details what happens after their arrival at their destination, an unexpected one which I won't spoil. They have quite a few adventures there but do get a colony established, but because they were able to do so little for themselves, find themselves slipping down the evolutionary ladder, physically as well as culturally.

The execution of the story is not up to the premise. A really powerful tale, on the order of 'Rite of Passage' could be told on this premise. It could have had a lot to say about regression, as in 'Lord of the Flies' and it could have had a lot more to say about the demise of our current civilization. Instead, everything is rather superficial, there no depth of emotion, even among married couples having children. There's quite a few proofreading errors, the prose is rather juvenile and most of the members of the small party never get names or speaking parts. At least there are no problems with the science because there is no science, it's exactly what it was in 1998 when the book was written. Computers but no smart phones. Unfortunately, if you think about it, that gives away the big twist in the story.

(review of free book)
Richard Lung reviewed on July 22, 2017
(no rating)
Transplant
by
D B Reynolds-Morton

This is a lifeboat story, tho not The Cruel Sea. A private company of rich and “reasonably sane” men try to launch a sample humanity away from the world before it destroys itself. It will take an interminable time before the survivors reach a doubtfully habitable destination.

The story begins when the passengers have long since forgotten their origins and the life-support systems are well past their sell by date. I got the impression that the author enjoyed laying on every moan of superannuated machinery and every responding moan of the hapless inmates.
Everything is on the blink and the verge of collapse. It is only a matter of time before the patching, by the largely inept passenger-crew, has to stop. That time comes…

This tale, which is a good example of the genre, fascinates us, because we are like those coddled dependents ourselves, at the same time, at the mercy of malfunctioning governments.
The moral of the story is that society would be happier and work better, if governments suffered their citizens to be more self-reliant, i.e. democracy.

Well written rubbish. I liked the writing style, had no complaints about grammar or punctuation but,,, the author presents things that are so against reality and common sense the story is ruined.

The richest people in the world, you know, the ones that control elections and politics are suddenly powerless to influence the politicians they bought and paid for. Um, really?

People that have lived (several generations) in a closed environment that have never seen, touched or thought about fire suddenly look at two sticks and surmise rubbing them together will produce fire? Further they surmise out of thin air that cooking a fish (one they magically knew how to clean) would taste good if cooked over their fire. Of course they have never cooked anything, a robot served them meals ready to eat.

Just small examples of things these people could not possibly have a clue about but "figure" it out just by looking at what is laying around.

Very good for a free sci-fi adventure book. While light and quick, the story also explores some deeper issues. Great twist in the middle from a topic well explored by some of science fiction's best authors to one a little more open.

Numerous common word usage mistakes are a little distracting, and some of the action gets a little ridiculous in the middle (reminding me of a common amusement park ride), but definitely worth reading. This book would benefit greatly from first class copy and story editing.

I will definitely be reading more from this author.

A good, classic Sci-fi adventure which kept me turning the pages!
Not sure if I agree with the final premise and the action telescoped a little too quickly at the end but overall I enjoyed it and would happily read more of Dr Moreton!

Good book! Interesting, unique and a well planned storyline. I have not come to expect much of some of the free books. They are usually written with passion, but many of the authors have difficulty with using appropriate descriptive words, and matching different dialog styles with individual characters. Mr. Moreton does not have any of these issues. His characters’ dialog is just like life. Each individual has their own voice, their own fears and hopes, and their own personality.

I particularly enjoyed the premise of the story, as well as the overall storyline. It kept my attention, and made me want to read more.

That said; there were numerous typos and formatting errors. I am not sure if part of the problem came in the format conversion to the Kindle format, or just a lack of thorough editing. Another issue I had was with the science of the story. Being a hard science fiction reader for 40 years makes me a bit of a critic of stories that have obvious scientific errors in it. This one had several, and while they were easy enough to ignore, the errors did detract from the story.

The only other small criticism I had was with the ending. While I appreciate that the author was attempting to bring closure, and give the reader some hope for the future, it felt a little abrupt, like the author just wanted to finish quickly. A better ending could have left the reader hanging, opening up a possible sequel, or adding more detail to the last bit of action.

None the less, a fine book, and I would recommend it to anyone who likes a unique perspective on a growing issue!

Overall Feedback: Just as the many David Moreton books that I have read prior to this one, I was enthralled from the beginning. The reader will be entertained and overcome throughout the book. This science fiction adventure will have you at the edge of your seat and begging for more of Moreton.

Point of View: You ride through the story as a watcher. Third person that is. You hear and see the world throught the eyes of the main character via a narrater of sorts.

Voice: As usual in his writing, Moreton does a stellar job.

Character Development: As I have come to expect of Moreton's stories he did a phenomenal job with development of the characters. You, as the reader, get a real sense of kinship with Glyn.

Dialogue: It takes a chapter or too for Moreton to really nail down the dialogue but once he does it is flawless.

Pacing: Breakneak speed and a pageturning race to the finish.

Setting: Moreton once again proves that he can bring you to his planet and I must say, more than happy about the visit.

Continuity: The dialogue in the first couple of chapters will bring this into question but I promise if you make it past those you will not regret it.

i enjoyed this book. the premise caught my attention and captured my imagination.

A page turner with some very interesting twists. Great book.

You have subscribed to Smashwords Alerts new release notifications for David. B. Reynolds-Moreton.

You have been added to David. B. Reynolds-Moreton's favorite list.

You can also sign-up to receive email notifications whenever David. B. Reynolds-Moreton releases a new book.