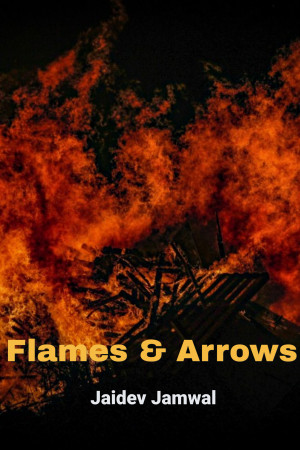 By Jaidev Jamwal
Rated 5.00/5 based on 1 reviews
A Pakistani army officer egged on by his Chinese backers attempts a coup against the current military dictator. Things go out of control and in confusion, an Indian city is wiped out by a nuclear missile launched from Pakistan. Indian retaliation is halting but deadly and leads to an all out war involving multiple countries. More
Internal turmoil in Pakistan gets worse with Chinese meddling leading to a coup attempt. Taking advantage of the confusion, a nuclear armed missile is launched at India from Pakistani soil which leads to death of thousands of innocent civilians. Indian government is confused at first but gets in to war mode which will engulf all three countries as well as outsiders in a deadly conflict.
Download: epub mobi (Kindle) pdf more Online Reader
lrf pdb txt
Price: Free! USD
Add to Library
Create Widget
Tags: war china india pakistan nuclear war
About Jaidev Jamwal

Writer is a military enthusiast, likes photography, trekking and writing.

Good Work JD, such a behind closed door act :)

You have subscribed to alerts for Jaidev Jamwal.

You have been added to Jaidev Jamwal's favorite list.

You can also sign-up to receive email notifications whenever Jaidev Jamwal releases a new book.