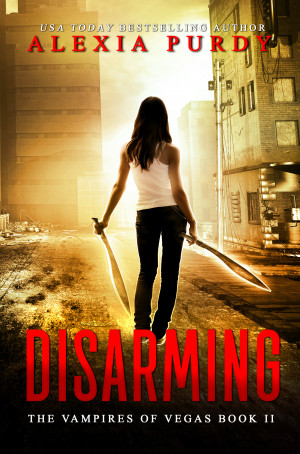 By Alexia Purdy
Rated 5.00/5 based on 2 reviews
Book 2 of the Award-winning Reign of Blood Series

April continues to hold her fragile world together, but the ties that hold her family together are quickly unraveling. Rumors of a massive human underground settlement draw her to the shadows of the city once more in search of other survivors more like her, even with the hybrid vampires opposing her every move.

The darkness hides secrets along with the continued threat the Feral Vampires create, but a greater evil hides within the city. Something tells April that the humans will be less than welcoming of her, and that's if she can find them before the Vampires do. Joining sides with the enemy might be the only choice she has left.

Alexia is a USA Today Bestselling author who currently lives in Las Vegas and loves spending every free moment writing or hanging out with her four rambunctious kids. Writing is the ultimate getaway for her since she's always lost in her head. She is best known for her award-winning Reign of Blood series, and A Dark Faerie Tale Series.

Sign up for email updates and exclusive giveaways: http://smarturl.it/AlexiaPurdyNews

About the Series: The Vampires of Vegas

"Never tease anything that wants to eat you. My name is April Tate and my blood is the new gold. Vampires and hybrids have overrun my world, once vibrant with life, but now a graveyard of death shrouded in shadows. I fight to survive; I fight for my mother and brother. The journey is full of turns that I am quite unprepared for. And I'm just hoping to make it to the next Vegas sunrise..."

Also in Series: The Vampires of Vegas

Reign of Blood and Disarming were very great books. The author is so detailed and the plots are so twisted, turns at every corner... you never know what's coming next! Alexia, I must say, you have out done yourself again! I am awaiting your next installment of your 3rd book in this gripping series and the next three in the faerie series. You are so awesome... You ROCK! :) Jacqueline

This book is fantabulous (yes I know it's not a real word but I don't care lol), it picks up right where Reign of Blood left off. April has a lot more to deal with internally and externally in this one. She's got her family back but they are changed by the time spent as captives in the other hybrid group ran by deliriously sick Christian. And who wouldn't? Being tortured would change everyone! But mom is acting stranger day by day.

Rye is trying to be patient and supportive while April gets her emotions under control and decides if she wants to take things further. Some don't like that she doesn't jump in first with him but I totally get it. The world has changed, her family has changed, she is kick butt BUT she is still 17 emotionally. Why wouldn't the bonding forever talk scare her a little especially to a hybrid vampire (yes he's smoking hot but still a vampire) especially when she's not exactly sure what she is herself.

In come other humans. Are they normal? Like her? Hybrids? She must learn more on this band of people.

New characters are introduced, old ones come back, we see different perspectives, and a lot of action and twists that will leave you crying out for more when you reach the end! Can't wait for the third installment later this year I believe.
Oh and as a side note, I told my family what this book was about and the kids said it should be a movie and they would go see it, I concur totally!!!

You have subscribed to alerts for Alexia Purdy.

You have been added to Alexia Purdy's favorite list.

You can also sign-up to receive email notifications whenever Alexia Purdy releases a new book.