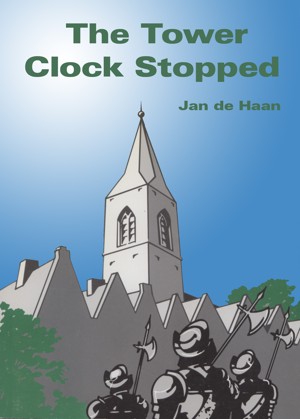 Jan Folkerts de Haan was a Dutch journalist and author. He was born in 1906 in Boornbergum, and village in the province of Friesland, and died in 1978. He worked for a series of newspapers, including the Trouw.
His first love of teaching was evident in his authorship of a number of books for children. Besides De Torenklok Zweeg (The Tower Clock Stopped), he also wrote in the Dutch and Friesen languages Het kolenschip van Venlo (The coal ship of Venlo)(1960), De holle polsstok (The hollow pole)(1952), ‘t Geweld onttogen (1948), Een schip in de dorpsvaart (1950), It Frysk findel (1982), De Friese kurassier: historisch verhaal 1812 – 1824 (1944), Fen bûgjen frjemd (1945), and Zulke galgebrokken (1946).

You have subscribed to alerts for Jan De Haan.

You have been added to Jan De Haan's favorite list.

You can also sign-up to receive email notifications whenever Jan De Haan releases a new book.