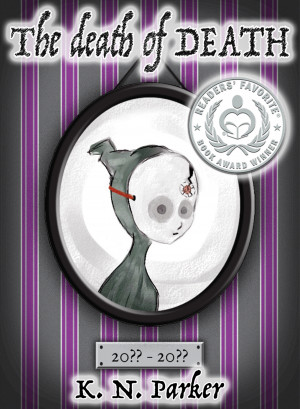 The Death Of Death

By K. N. Parker
Rated 4.00/5 based on 1 reviews
One fateful night on a new job, a death guide meets a young girl that may change her own death forever. More
Death guides usually have rather normal names like John, Mary, Harry, and Jessica. And even ones not quite so normal, like Bartholomew or Ambrosia. They also have the most interesting tales behind their deaths. But one particular death guide has a few problems: she cannot remember her name or the details of her demise, and thus has no story of her own. One fateful night, she meets a young girl that may change her death forever.

Inspired by the works of Tim Burton and Neil Gailman, and in the style of Children's tales of old, The Death of Death is a tragic, yet sweet little tale about loss and acceptance.

K. N. Parker is a simple man in his thirties, and was born and raised in Los Angeles, California. He is currently working on a full-length novel and two more short stories. He shares heritages with two countries: America and Japan, and he spends his time between the two whenever possible. When in his late teens he thought it proper to teach himself Japanese, and so he did, and now can communicate with you in two ways, if applicable. When not writing or creating trouble in various coffee shops throughout the world, he enjoys graphic design, television, and film.

You have subscribed to alerts for K. N. Parker.

You have been added to K. N. Parker's favorite list.

You can also sign-up to receive email notifications whenever K. N. Parker releases a new book.