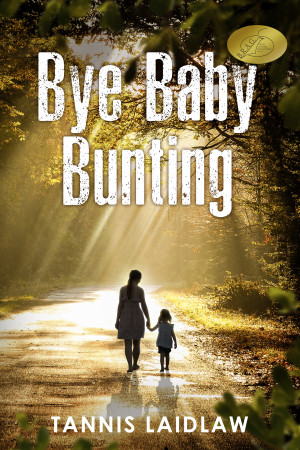 By Tannis Laidlaw
Rated 4.67/5 based on 3 reviews
An unwanted pregnancy, adoption then a kidnapping – is seizing your birth-child a crime? More
While at university in New Zealand, Jemma Howell’s boyfriend Barry dies, leaving her devastated, alone and pregnant. She can’t tell her mother in England – this is 1963 – leaving her vulnerable to a social worker’s pressure to give up her child. The social worker’s solution? Barry’s wealthy parents will adopt the baby, on the condition Jemma will never see her child again.

Jemma cannot forget her little girl. She haunts the village where Barry’s parents live until she spots the baby asleep in her pram, the nanny inside a shop. Unable to stop herself and with a hammering heart, Jemma wheels the pram away. She makes a momentous decision: she won’t give up her baby ever again.

Can she do it? Keep her child and bring her up? In spite of two highly competent policeman who are determined to catch a kidnapper?

Tannis has worn many hats: occupational therapist in her early days, psychologist, university researcher and lecturer at various universities and medical schools and now author. She's written many first drafts which are safely stored on her hard drive (perhaps, one day, to be revised…) but she has published four novels and two books of short stories. Two of the novels are in paperback as well as ebook format. She lives with her husband in various places: two homes in New Zealand - a town house in Auckland and an adobe beach house on an isolated bay in Northland - and, to take full advantage of the northern summer, a tiny summer cottage (off the grid and boat-access only) on a remote lake in North-western Ontario in Canada. All are places perfect for writing.

Tannis Laidlaw’s novel Bye Baby Bunting is a sensitive and vivid exploration of the emotional and legal minefields of illegitimacy and adoption in the early 1960’s. Jemma Howell becomes pregnant halfway through her university degree; shortly afterwards her boyfriend Barry, father of her unborn child, dies suddenly of a heart problem. Her only close family member - her widowed mother – lives on the other side of the world and cannot be told. Distressed and confused by her double misfortune, Jemma falls easy prey to Barry’s wealthy but dysfunctional parents.
In a tale spanning more than forty years, Laidlaw shows how radically our attitude towards Jemma’s predicament has changed over time, and yet how much pain, fear and guilt the legacy of those old attitudes and practices can still generate.
Illegitimacy has shed much of its emotional stigma, and nowadays adopted children are encouraged to explore their biological origin, once they are judged old enough to cope with the rollercoaster experiences, good and bad, that this journey of discovery can deliver.
Society’s expectations in the early 1960’s stand in stark contrast to this culture of openness and acceptance. Laidlaw pulls no punches in showing us how belittled and marginalised unmarried, pregnant girls and women were, and how their claims to their own children were so easily dismissed.
Back in this era, closed adoption was backed by opinions and circumstances that seem bizarre to us now. It was assumed that children were better kept ignorant of their adopted status; birth mothers, even those who desperately wanted to keep their babies, had little or no financial means to do so, in the absence of any kind of welfare support; less access to contraception and abortion assured a steady stream of adoptable babies in an era where fertility medicine was in its infancy.
Jemma Howell kidnaps her own baby. Her accomplice practises extortion. By the laws of their own time, and even of our own, they are criminals and should be rewarded with a lengthy custodial sentence. But not all is as it seems. Laidlaw does a magnificent job of blending a multitude of conflicting strands into a satisfying conclusion graced with a subtle twist.
The characters are believable, events and settings interesting and sometimes gripping, and the moral and legal dilemmas well-portrayed. Laidlaw is a trained psychologist with a wide-ranging clinical experience and her professional background serves the novel well.

oops I forgot to rate the review

(reviewed the day of purchase)
robin shepherd reviewed on Oct. 28, 2013
(no rating)
Bye Baby Bunting By Tannis Laidlaw
A great read if you want to sit on the edge of your seat! The story has plenty of twists and turns to keep you captivated throughout this literary journey. The book was so great I bought a few more as presents for family and friends who want an entertaining story. This one delivers!
Dr. Robin Shepherd

(reviewed the day of purchase)
Tara McFarlane reviewed on Feb. 12, 2013

Great Read!! Have recommended it to anyone who will listen! For a new writer, Tannis Laidlaw speaks from the pages with an eloquence not often found in so many of today’s novels. Her characters are real enough to reach through the pages and touch your heart.
The motives are clear, but only when she chooses to reveal them – none of this skipping to the last page to work it out.

Can’t wait till the next book of hers comes out!

You have subscribed to Smashwords Alerts new release notifications for Tannis Laidlaw.

You have been added to Tannis Laidlaw's favorite list.

You can also sign-up to receive email notifications whenever Tannis Laidlaw releases a new book.