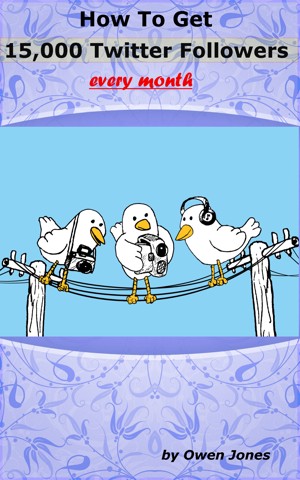 By Owen Jones
The purpose of this book is to teach you how to get 15,000 Twitter Followers every single month Starting From Scratch!

You want 100,000 Twitter Followers that listen and talk to you and this is the hard bit that this short course will teach you.

I want you to understand that this is not a set-and-forget process. You will get out more than you put in, but you must put in first.

Look at your Twitter Following as a garden. You will need to plant seeds and seedlings, weed out those that don't grow and water those that do. And just like a garden, the first month is the hardest, because it is the period of least visible returns.

About the Series: Self-Help

Books to help you with life, home and business

You have subscribed to alerts for Owen Jones.