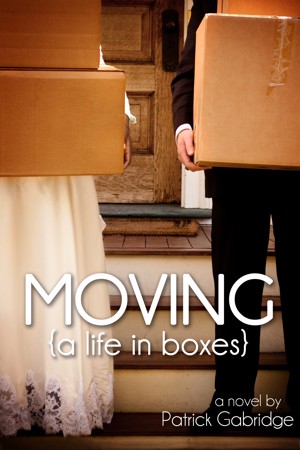 Moving (A Life in Boxes)

Lila’s decision strains their marriage to its limits. What once brought them together now drives them apart. Jed, a computer programming wiz, takes off on a strange cross-country odyssey as a hired hand on a moving van. Nothing about his marriage or life makes sense anymore, and even his obsessive counting can’t get his mind back on track. Lila ends up in the hospital after accidentally cutting off her fingers (she’s a woodworking instructor) and struggles to both recover and find her husband. They both desperately search for a way back to each other that will make sense of how they’ve changed since they first met and married.

I've written numerous plays, including Fire on Earth, Flight, Constant State of Panic, Pieces of Whitey, Blinders, and Reading the Mind of God, which have been staged in theatres across the country and around the world. My first novel, Tornado Siren, was published by Behler Publications in 2006, and is now published as an ebook on Smashwords and other sites.

I am a member of the Dramatists Guild and StageSource. My radio plays have been broadcast on NPR and elsewhere. I blog about the writing life at The Writing Life x3.

Both Blinders and Reading the Mind of God were nominated for Best New Play by the Denver Drama Critics Circle. Awards I've won include the Colorado Arts Innovation Award, a Playwriting Fellowship from the Colorado Council on the Arts, the Festival of Emerging American Theatre, the New American Theatre Festival, the In10 UMBC Competition, and the Market House Theatre One-Act Play Award.

In my spare time, I like to farm. My latest farm project is the Pen and Pepper Farm in Dracut, MA.

Reviews of Moving (A Life in Boxes) by Patrick Gabridge

You have subscribed to Smashwords Alerts new release notifications for Patrick Gabridge.

You have been added to Patrick Gabridge's favorite list.

You can also sign-up to receive email notifications whenever Patrick Gabridge releases a new book.