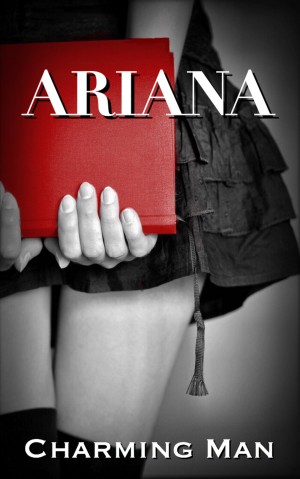 A S Wilkins has been writing sensual romance for over fifteen years. It all started quite by accident, following the tragic death of his wife in 1998, when he was left with two small children to bring up alone, as well as manage his own software consultancy.

While still in a state of shock and running on auto-pilot, he settled into a daily routine of dropping the kids off at day care, fulfilling his nine to five obligations, collecting the kids in the evening, feeding them, bathing them and putting them to bed with a night time story, before collapsing in front of the television and crying into a large glass of red.

He had neither the opportunity nor desire to meet anyone new, yet he craved companionship. Posing as Charming Man, after the name of his favourite song by his favourite band The Smiths, he began to trawl online chat rooms, striking up conversations with anonymous individuals who may or may not have been who they said they were; it made little difference to him.

A S Wilkins wears his heart on his sleeve and it soon became apparent he was able to engage openly with people from all walks of life, be they male or female; but mostly female it has to be said. Many of his early conversations on the net were innocent in content; he would pour his heart out to anyone who would listen and in return he would provide a shoulder to those who were equally going through difficult times. He found the process very therapeutic and saved him a fortune in counselling!

Before too long, these intimate exchanges left him wanting more, such is the nature of making a new acquaintance. However, charming by name and charming by nature, he chose never to cross the line until encouraged to do so by others. This led to many a cat and mouse war of words with many a like-minded soul, which both intrigued and excited him. It was during this time he wrote his first short story, Night Vision, detailing his longing for the next love to enter his life.

The more he chatted, the more he became obsessed with the notion of sexual encounters between strangers. Still not in a position to embark on a new relationship in the real world, he continued to engage women in cyberspace and together they would contrive a variety of scenarios from the respective comfort of their laptops. Many of these scenarios were later to become short stories; Beach Encounter, Mid Air Collusion, Ariana, A Greek Tragedy and The Hitcher, to name a few.

Fast forward several years and A S Wilkins has found happiness once more, having settled down north of London with a new partner and their combined family of four children. The release of Fifty Shades of Grey in March 2012 prompted him to dust off his short stories for his partner to read. She was impressed and managed to persuade him to publish them. Shortly after, charmingman.com was born.

Writing as Charming Man, A S Wilkins is always on the lookout for the next encounter to write about. When two individuals make eye contact across a room or on a crowded train, and a connection is made, this is often the green light that sets his imagination on fire. A knowing look is all it can take; a word might never be spoken. However, the minute an affinity is perceived, a scenario is hatched in his head, which is then honed over the coming days and weeks into a believable idea for a story.

And this final point is key; whereas it’s true to say that many of his works are clearly fantasies, it’s important to him that these fantasies are believable. The idea of a twenty-seven year old billionaire meeting a twenty-one year old virgin just doesn’t cut it for Charming Man.

Find out more about Charming Man by visiting his website at charmingman.com

Reviews of Ariana by Charming Man

This book was such a fun read. I had to read it a few times to really appreciate the imagery and descriptions in the book. Charming Man definitely makes you step into the story. You experience what the main characters are feeling and not only that can relate to the action. I know I had a crush on a few teachers and I am sure I raised the eyebrow of a few too. thanks for bringing out that memory for me.

Fun story! In this jaunty short, with sequel to follow, Charming Man captures the chemistry and sexual friction between the two main characters, Peter and of course, Ariana. Light-hearted and fun from start to end, this erotica can be enjoyed by anyone.

(reviewed the day of purchase)
amy forston reviewed on Jan. 7, 2013

Great short story! Charmin Man's descriptive wording made for such an enjoyable read! Hopefully a sequel is in the works?
Ariana is the naughty school girl we all have buried inside us...Headmaster is the teacher we all had a crush on. Well done!

You have subscribed to alerts for Charming Man.

You have been added to Charming Man's favorite list.

You can also sign-up to receive email notifications whenever Charming Man releases a new book.