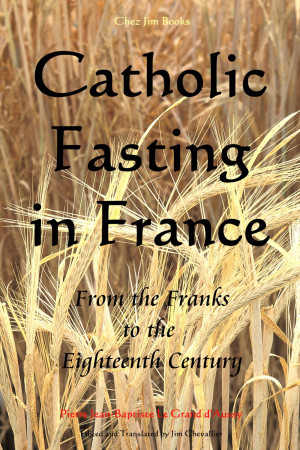 Catholic Fasting in France - From the Franks to the Eighteenth Century

Jim Chevallier is both a performer and a researcher, having worked as a radio announcer (WCAS, WBUR and WBZ-FM), acted (on NBC's "Passions", and numerous smaller projects) and published an essay on breakfast in 18th century France (in Wagner and Hassan's "Consuming Culture in the Long Nineteenth Century") in addition to researching and translating several historical works of his own.

It was as an actor that he began to write monologues for use by others, resulting in his first collection, "The Monologue Bin". This has been followed by several others over the years. Work on an historical novel led him to the subject of historical food, starting with the essay mentioned above and "How to Cook a Peacock", a new translation of Taillevent's "Le Viandier". Two collections based around 18th century menus and recipes followed (in the series "Apres Moi, le Dessert"). The discovery that Marie-Antoinette did NOT bring the croissant to France ultimately led him to the person who did: August Zang, also Austrian and a fascinating figure in himself. The second edition of "August Zang and the French Croissant", revised and much expanded, is now available.

His interest in the eighteenth century has also led to research on police and criminal matters of the period, some of which is available in "The Old Regime Blotter I: Bloodshed, Sex and Violence in Pre-Revolutionary France". 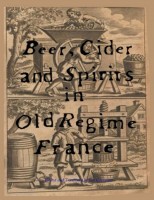 You have subscribed to alerts for Jim Chevallier.