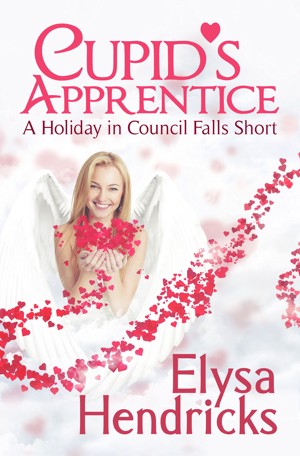 With time running out can one bumbling Cupid's Apprentice bring together a Jock and a Brain. More
A Holiday in Council Falls Short Story
Approximately 15,000 words

Laura loves teaching high school in the small town of Council Falls, but knows it's only a matter of time until her famous mother shows up and the quiet life she's created comes crashing down around her ears.

PE teacher Flynn Sullivan's been interested in the shy history teacher for a long time, but it isn't until they're forced to chaperone the Valentine's Day dance together that he gets the opportunity to make his dreams come true.

Elysa Hendricks is 5'6" tall. She has curly hair and brown eyes. She's an author, a wife, a mother and a daughter. Everything else is subject to change without notice.

After trying her hand at a variety of careers, insurance underwriter, video storeowner, home day care, and domestic goddess for other people, Elysa Hendricks, a longtime reader sat down to write a short contemporary novel. When her heroine turned out to be a winged, telepathic alien, Elysa decided she enjoyed writing stories set in different places, times, and realities. She's published 14 full-length books, ranging from sweet contemporary to sexy sci-fi, as well as numerous short stories.

While living in north east Illinois she helped found the Windy City Chapter and the Futuristic, Fantasy & Paranormal Chapters of Romance Writers of America, and taught workshops on writing at writer’s conferences and at community colleges. Recently relocated to sunny Florida she’s happy to be part of the TARAN family.

Her "real life" motto is: Boring is good. Excitement is vastly overrated, so she saves the adventure and excitement for the characters in her books.

About the Series: Welcome to Council Falls

A series of independent books or short stories that either occur in or have characters who are from the small town of Council Falls, IL. 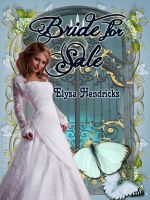 Wonderful story. It was funny and romantic but had a very unique twist to it.

I genuinely liked the story it was sweet. Filled with complex characters and a story that left me wanting to know more.

This was such a sweet, well-written story. Great for a quick romantic fix. Both characters were really likeable and Ms Hendricks created enough of a back story for to understand why they were like they were, which is often missed out in novella length stories. Laura has been hurt in the past and keeps herself to herself while Flynn is friendly and outgoing, but ready to settle down - a mindset that you understand after meeting is large, loving family.

Though this is a fairly short story, it is well paced and their relationship played out fairly slowly with the help of cupid apprentice 'Dar'. This wasn't a tale of instant lust but more building chemistry and sweet romance. When they end up snowed in in a wood cabin for the night, Flynn is wonderfully chivalrous and the interactions between them are enough to melt the coldest of hearts.

My only complaint was the ending. It was lovely but it felt a little quick compared to the steady pace of the rest of the book. Laura is going to confront her past with the aid of Flynn but we don't see what happens and I guess I would have liked to have had more of a 'moment' with Flynn and Laura - perhaps a few more sweet scenes like the cabin one. BUT this is mostly because I adored them and didn't really want to leave them.

This is a great, sweet romance with a little added twist in the form of the cupid apprentice which added nice little touches of humour. It will appeal to those who love well-rounded characters and clean romance.

You have subscribed to alerts for Elysa Hendricks.

You have been added to Elysa Hendricks's favorite list.

You can also sign-up to receive email notifications whenever Elysa Hendricks releases a new book.