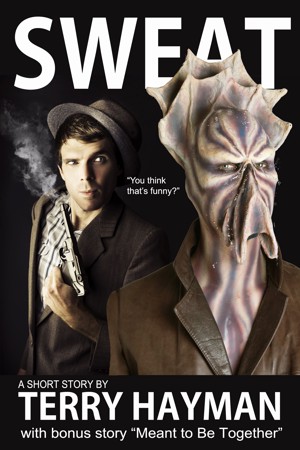 By Terry Hayman
A fleshy man who can remove the top of his skull, aliens who smell awful, copious amounts of sweat and bad cultural jokes. This is not going to be your typical investigation.

Terry grew up as an Air Force brat in five different countries, before finally settling in North Vancouver, Canada, to raise a family.

He's a former lawyer and business speaker (which gave birth to his co-written management book HURDLES). Now he acts and writes full time. His short stories have have appeared in numerous anthologies and national magazines. His mainstream, crime, and other novels are made available through Fiero Publishing.

You have subscribed to alerts for Terry Hayman.

You have been added to Terry Hayman's favorite list.

You can also sign-up to receive email notifications whenever Terry Hayman releases a new book.